We present the XXIII Edition of the “Memorial Mariano Cabrero”

We have presented the XXIII edition of the “Memorial Mariano Cabrero”, cycling test of which we are Official sponsor, at our Podoactiva headquarters. 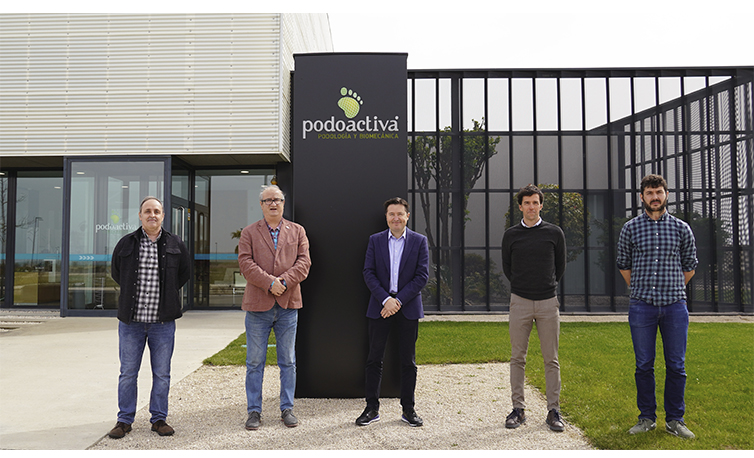 The appointment, which with this edition will celebrate twenty-three years touring the Alto Aragonese roads, is organized by the Huesca Cycling Club and also has the support of institutions and companies. 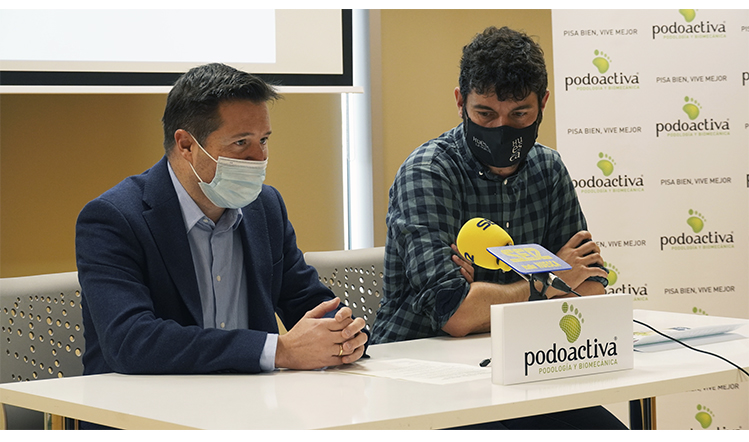 In the presentation of the event, Victor Alfaro He has been very proud to be able to be part of this project for another year. "It is a pleasure support again this edition of the Memorial Mariano Cabrero, a reference test in our city with which we have been collaborating for many years. Since our inception, we have always had very good relationship with the Huesca Cycling Club and it is an immense satisfaction to be able accompany your steps, being participants in events as exciting as this one”, affirmed Alfaro.

At Podoactiva, we have a long history of supporting sports activities that promote healthy living and preserve the environment in the Aragonese territory. 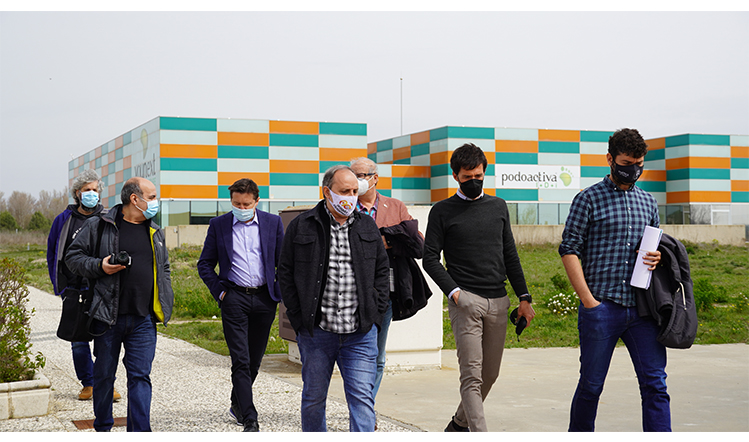 For its part, Miguel Berga, president of the Huesca Cycling Club, wanted to remember the figure of Mariano Cabrero, thanking the work of his family, "that each year makes this Memorial possible", as well as that of the rest of the sponsors such as Podoactiva and members of the club. “For the Huesca Cycling Club, the Mariano Cabrero Memorial is the most emotional test of the calendar. 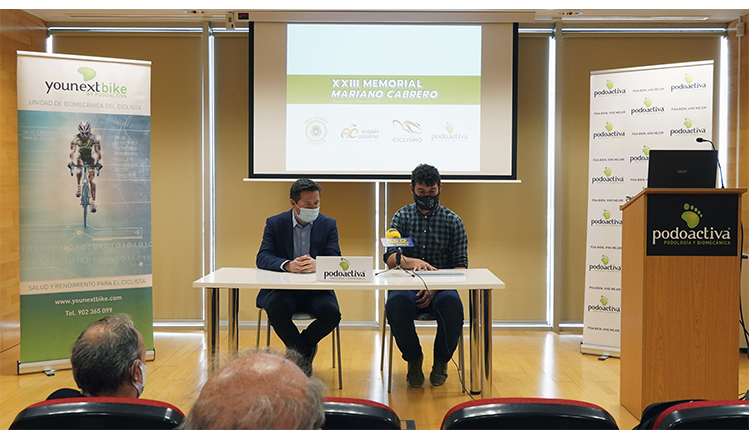 Bergua added that "like every year, we seek to keep Mariano in our memory, organizing a event that preserves the DNA of the club, but for this it is essential that institutions and companies collaborate. A clear example is partners, what has always helped us and today he lends us his house to present this event”.

From Podoactiva we are delighted to be part of sporting events such as the Mariano Cabrero Memorial.

Subsequently, Luis Marquina, president of the Aragonese Cycling Federation, has declared that “It is a pleasure to attend the event today. Thank you for inviting us to this house so involved with cycling and with sports in general. From the Federation, we are very grateful to the Huesca Cycling Club for promote this type of tests and more in the junior field. Thanks also to the institutions, organizations and private companies such as Podoactiva for collaborating with these competitions”. 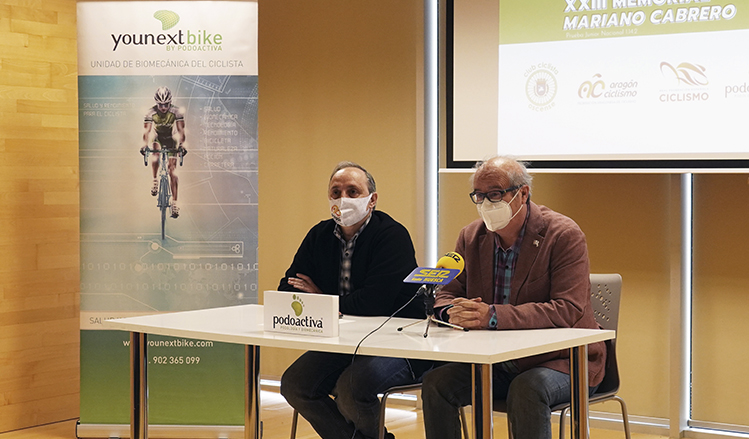 In addition, Jose Maria Romance, councilor for the Treasury, special for European Accounts and Funds and Sports of the Huesca City Council and president of the Municipal Sports Board, has valued "all the work that is being done by the Huesca Cycling Club, Aragonese Cycling Federation and companies like partners. From the town hall, we send all our encouragement to the Club and we want to thank them for making it possible”.

Finally, Joserra CallenResponsible for Younext Bike by Podoactiva, has announced that the next April 6 at 19:15 p.m., there will be a Younext Bike conference at the Podoactiva headquarters, in which it will be taught in a practical way how this study allows correcting and optimizing pedaling, preventing injuries and poor posture, and getting like this Improve sports performance.

Callen has used to invite to this practical day to all Members of the Huesca Cycling Club who are interested, as well as the rest of test participants and cycling lovers in general. 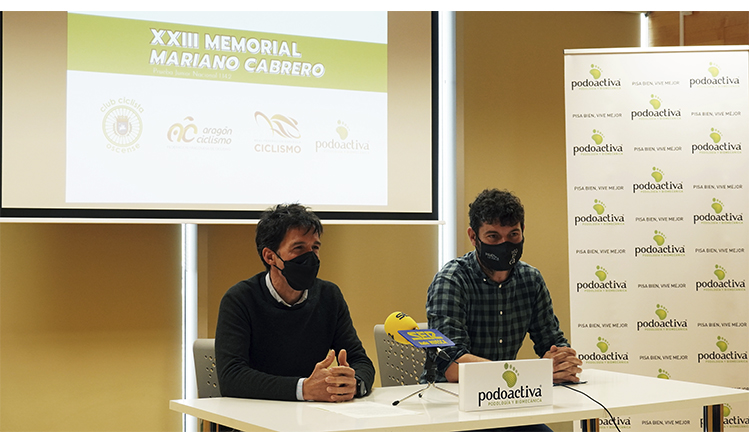 The day will be divided into two parts. The first one will be a theoretical and technical session in the Podoactiva assembly hall, where Callén will explain everything about the importance of the biomechanical study of the Younext Bike cyclist and the technology with which we perform such tests. On the other hand, there will be a practical demonstration in the Younext Bike room with robotic bicycle, pressure sensors, 3D pedaling analyzer, etc.

The Younext Bike conference to talk about the biomechanics of cycling will be held on Wednesday, April 6, at the Podoactiva headquarters. 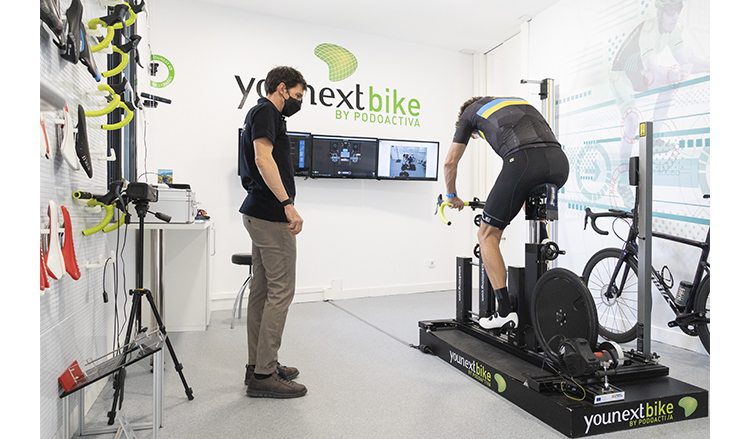 La experiment is prepared each year with the greater thoroughness and illusion to maintain I live the memory of Mariano Cabrero, a member of the Huesca Cycling Club who lost his life in a race more than 25 years ago. The effort of the club and his family to get this Memorial off the ground has meant that, in these more than 20 years of work, it has become a great tradition within the regional sports calendar.

This course, the race will start at 15:2 p.m. on April XNUMX, and will have a tour of 97 kilometers which will begin and end in the Parque de las Olas de Huesca, and will tour the municipalities of Pompenillo, Callen, Granen, Sangarren y almuniente.

The test will have a 97-kilometre route, starting and finishing in the Parque de las Olas de Huesca.

In addition, it should be noted that with this event it will be inaugurated the road cycling season in Aragon, and that, as happened last year, the test will be of category national junior and valid for ranking of the Spanish Cycling Federation. 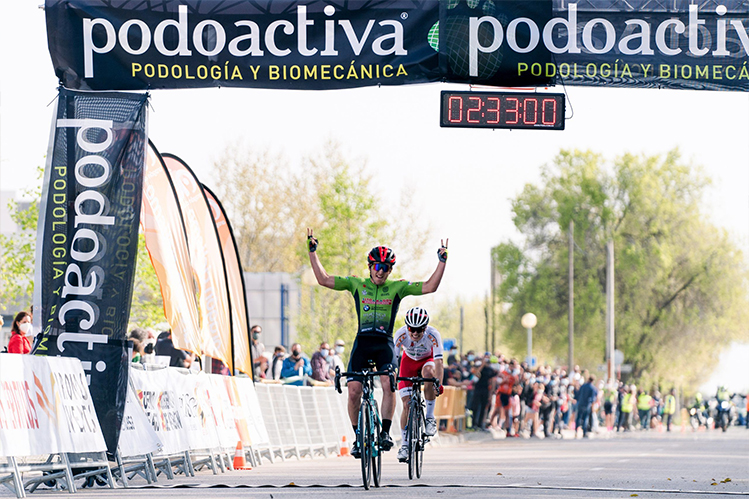 It is a pleasure to collaborate with the Huesca Cycling Club in this new edition of Memoria Mariano Cabrero.