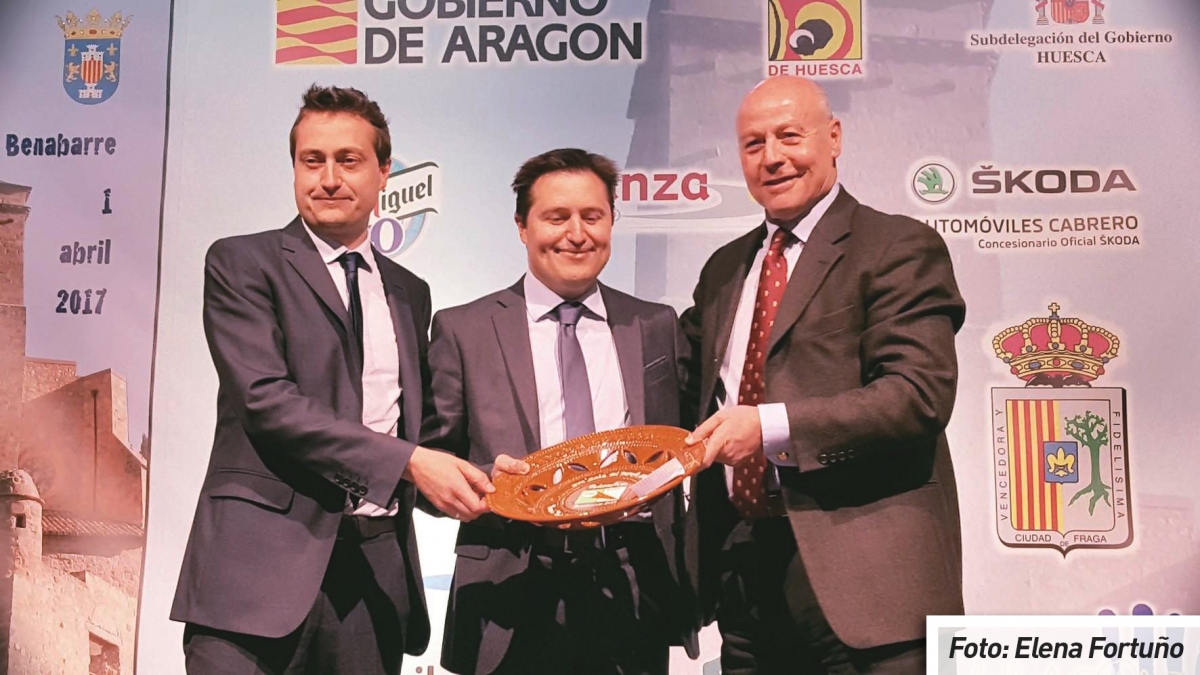 The Municipal Sports Pavilion of Benabarre was this Saturday a meeting point for provincial sports on the occasion of the celebration of the XVII Sports Gala organized by the Huesca Sports Press Association in collaboration with various institutions of the province, which was attended by more than Per people from all social spheres.

A night of emotion and recognition in which the brothers Victor Alfaro and Javier Alfaro, founders of Podoactiva, received the 'Luis Garcés' Award for Human Values ​​for their support of sport in his ten years of experience at the head of the podiatry company.

Víctor Alfaro expressed his gratitude for this recognition to all the people and institutions that granted it, and in a very special way he dedicated a few words to all those who put themselves in his hands in his first years of activity: “without the trust of the Huesca Podoactiva athletes, it would not have gotten where it isIf they hadn't started trusting us today, we wouldn't be treating some of the best athletes in the world," said the company's CEO. 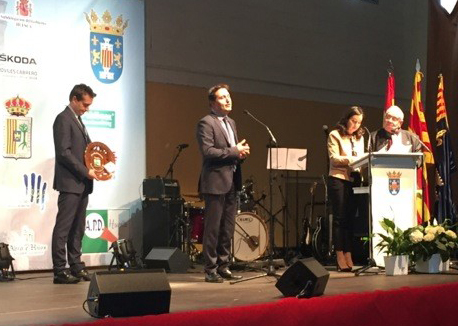 Alfaro, who received the award from the hands of Juan Antonio Corbalan, Olympian in Basketball and Award for Human Values ​​at last year's Gala, highlighted the parallelism between the values ​​of sport and those that have guided the journey of the Alfaro brothers and the team they lead at Podoactiva over all these years, such as the of sacrifice, constant effort, overcoming, respect or courage to face new challenges. Alfaro recalled Podoactiva's commitment to promoting healthy living and sports at all levels and in different disciplines through the Podoactiva Foundation, "which supports more than 200 events per year".

The Alfaro brothers received this distinction in a ceremony led by the secretary general of the APDH, Javier Gironella, full of emotions in which they were awarded 20 distinctions, among others, the mountain runner and skier Luis Alberto Hernando and the canoeist Julia Cuchí, who were recognized as the best athletes from Huesca in 2016. three special awards, the Golden Grill with Silver Feather award, granted to Julián Redondo, an outstanding journalist who, from his position as president of the Spanish Sports Press Association, has always shown strong support for the APDH, and two special awards from Radio Benabarre that, by the hand of José Luis Brualla, were awarded to the Unión Deportiva Benabarre and the CC Benabarre.

Among those attending this gala were personalities from the world of politics, sport or communication, as the president of the Spanish Sports Press Association, Julian Round, prominent journalists such as José María Lorente, Tomás Fraga, Iñaki Sagastume, Vicente Merino, Katia Aznar or Ángel Retamar. Also athletes among which the Olympian Javier Moracho and the aforementioned Juan Antonio Corbalán or the Consul of Lesotho in Spain, Rafael Casas, stand out.