It all starts with one step is the first book of Victor Alfaro, CEO of the Huesca company Podoactiva, in which he explains everything you need to know about foot care, especially for athletes and runners.

This Friday, March 23, Alfaro presented his work at the Manuel Benito Moliner Cultural Center in Huesca, in an act full of surprises attended by family and friends of the podiatrist. Also personalities like Javier Garcia Anton, director of Diario Alto Aragón, who acted as master of ceremonies; Juanjo Camacho placeholder image, captain of SD Huesca; Y Miguel Galindo, Jon Santacana's guide on the Paralympic ski team.

The act began with a pleasant interview from García Antón to Víctor Alfaro in which the Podoactive trajectory. “I started in my parents' garage, in tierz, Together with my brother Xavier. We had little material but a lot of desire”. The podiatrist also thanked those present for attending and stressed that “Huesca is just as good a place as another larger city to have a company. We believe that one has to be where one wants to be and here we feel very loved. For this reason, my brother and I will continue at home, in Huesca”.

So much Miguel Galindo and Juanjo Camacho placeholder image They highlighted the benefits of being Podoactiva patients and using their insoles and treatments. The skier stated that “when I started with Podoactiva, They totally adapted to what I needed. They took the thickness that I wanted for the insole, which is not easy at all, and they are the ones that I used from the Vancouver Games in 2010“. On the other hand, the Huesca club captain recalled that he has been with Podoactiva “for many years and whatever problem you have, they help you. In addition, the treatments are totally personalized like the insoles. All this has evolved a lot”.

The presenter emphasized one of the most important themes related to the book: the social projects. All the profits generated by the copyrights are destined to projects of the Podoactiva Foundation.. “With the proceeds we will help children of ethiopia through foundation Entarachen Vols, in its Lights for Ethiopia action, indian children, with the football is life project, affirmed the author who also assured that “we are delighted to be able to lend a hand to these organizations that help people who really need it”. 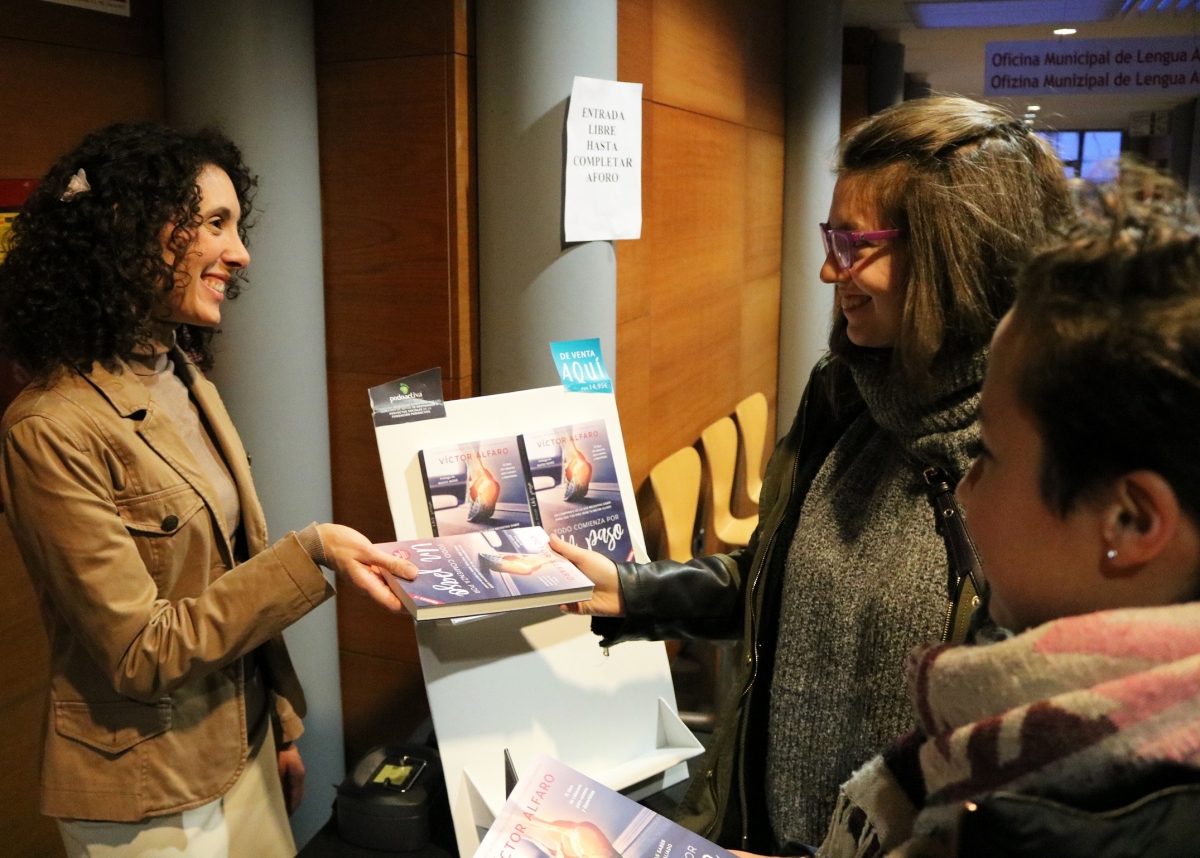 Music was also the protagonist in the event. One of the most special moments was the performance of Victor Alfaro's children, Lydia and Victor. His interpretation was the birthday present for his father who had his birthday that same day. In addition, the room was filled with a festive atmosphere with the performance of Tolo Pueyo, Nacho Moya, Mikelo and the author of the book, who performed three pieces after 10 years without meeting. The song "Siren" closed the presentation after an entertaining and enjoyable afternoon in which the musical rhythm was not lacking.

All the info about the book "Everything begins with a step" here.