Podoactiva present at the Tokyo 2020 Olympic and Paralympic Games

After years accompanying its athletes in preparation for the big event, this 2021 at Podoactiva we take a step further in our work as official suppliers of the Spanish Olympic Committee, assisting as part of the medical team displaced to Tokyo.

During the games, we moved our technology, treatments and services to the same residence where the entire Spanish delegation stayed, the Olympic Village, hand in hand with our colleague María Herreros, an expert in podiatry and biomechanics. 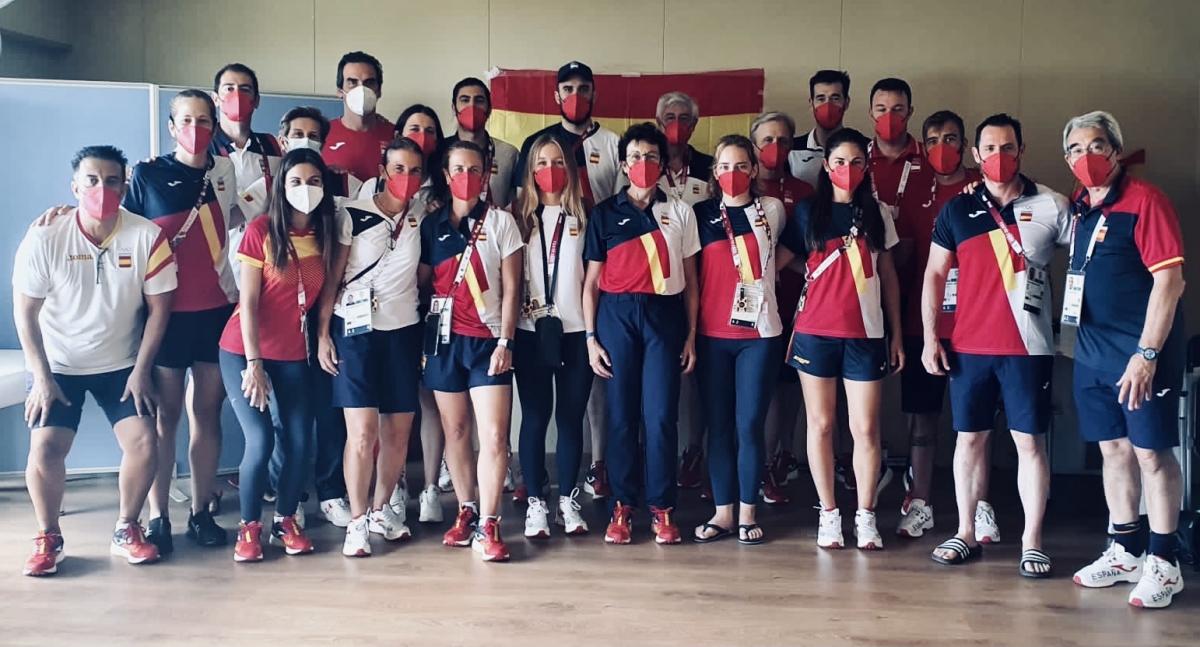 María had the opportunity to share this experience together with all the Spanish Olympic athletes, celebrating her victories, suffering her defeats and, above all, taking meticulous care of the health of her feet and her tread, something really essential during such intense days of competition. , where wear, schedule and stress can take their toll. 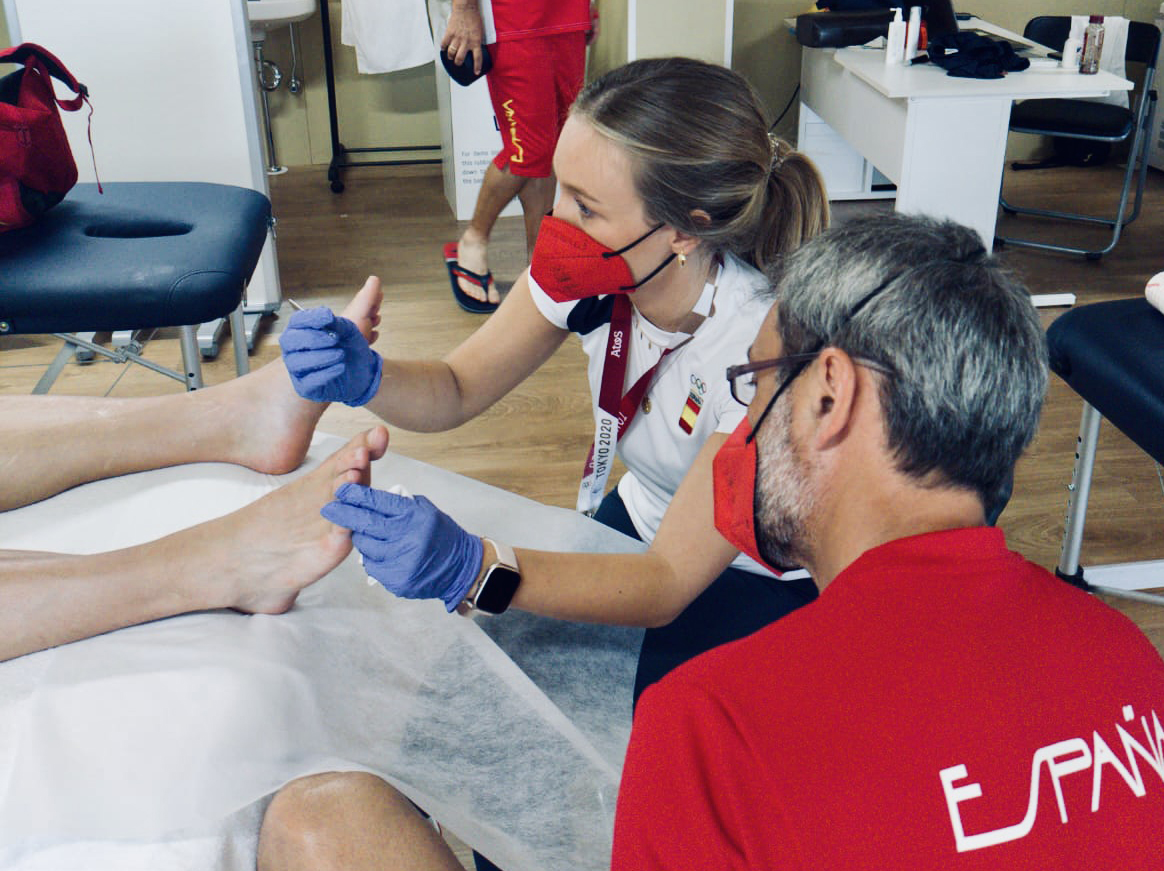 It has been a great privilege to have been able to accompany the Olympic athletes and, without a doubt, an unforgettable experience that I have been able to live thanks to podiatry. The fact that the figure of the podiatrist is present at the Games is a great milestone for all of us who make up the profession”, he tells us. 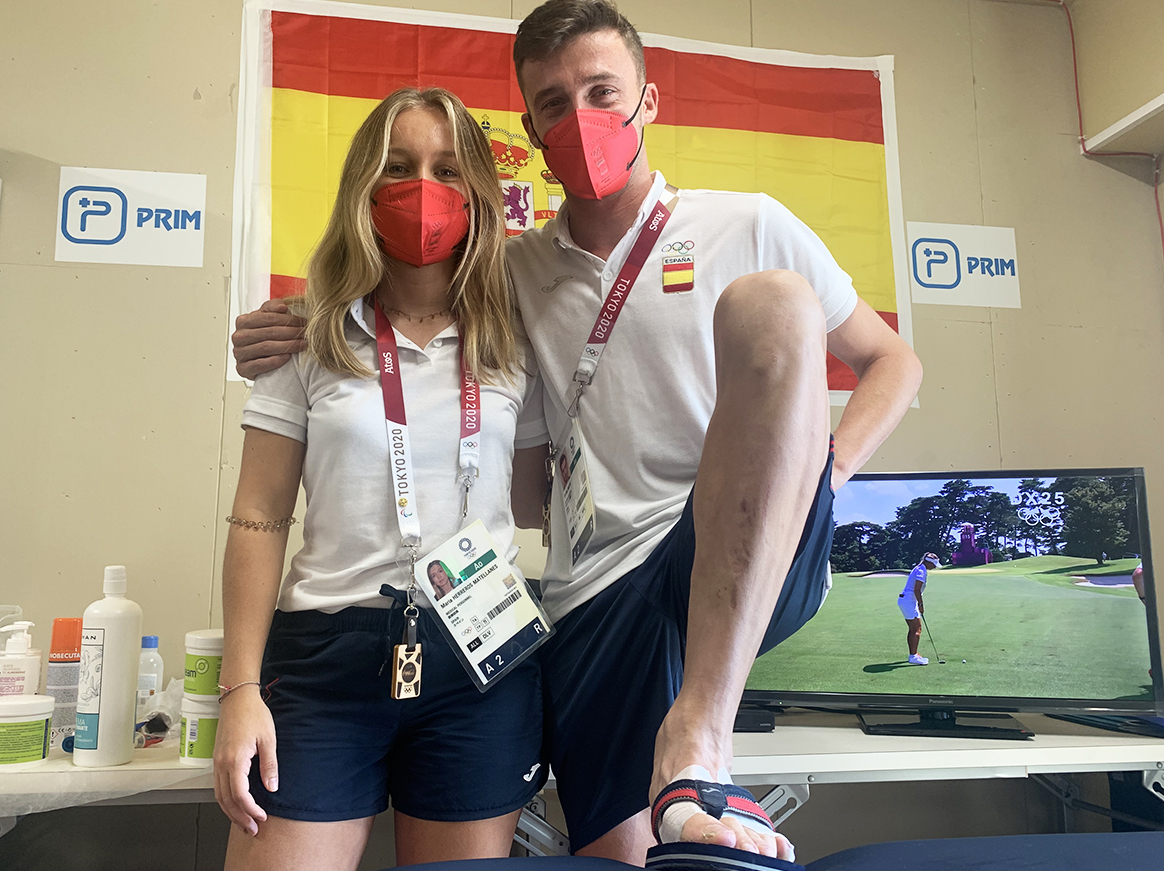 En partners, we started collaborating with the Spanish Olympic Committee in 2019 and, since then, we have accompanied his steps. Notably 46 athletes who have participated in the Olympics they were already Podoactiva patients at a private level. 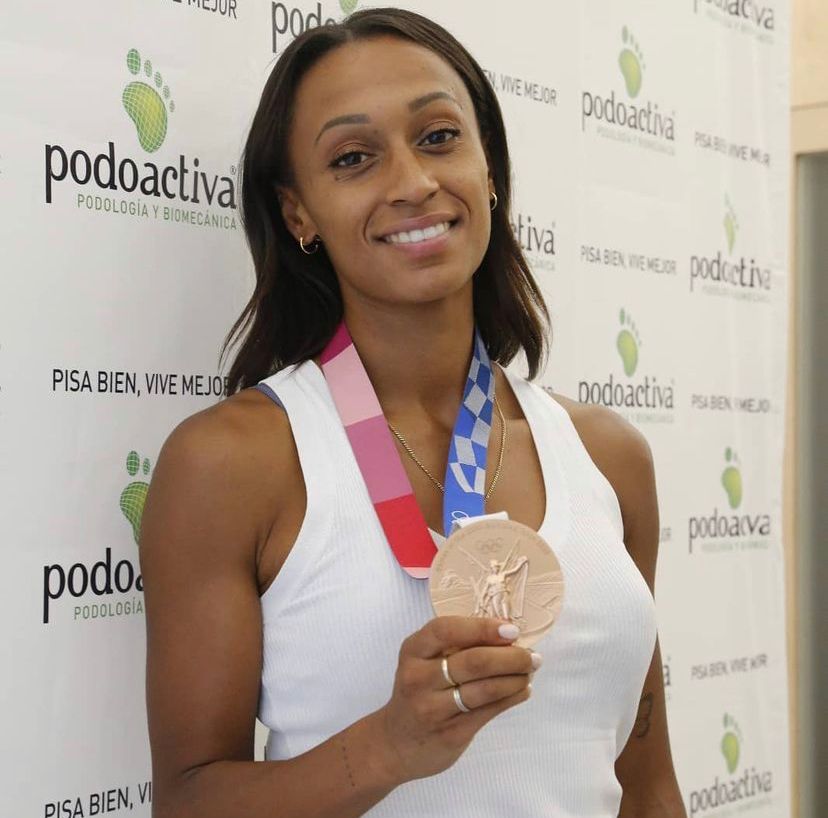 Among them are some of the members of the Olympic soccer team as its captain Jesus Vallejo, Marco Asensio o Dani Ceballos; the walker Jesus Angel Garcia Bragado, who has played his eighth Games, a great friend of the house; other athletes like Adrian Ben o Aauri Lorena Bokesa; players from our basketball teams, such as Alex Abrines o Alba Torrens; the tennis player Paula Badosa; or the brand new triple jump medalist Ana Peleteiro, who is also the godmother of Podoactiva Clinic Vigo. 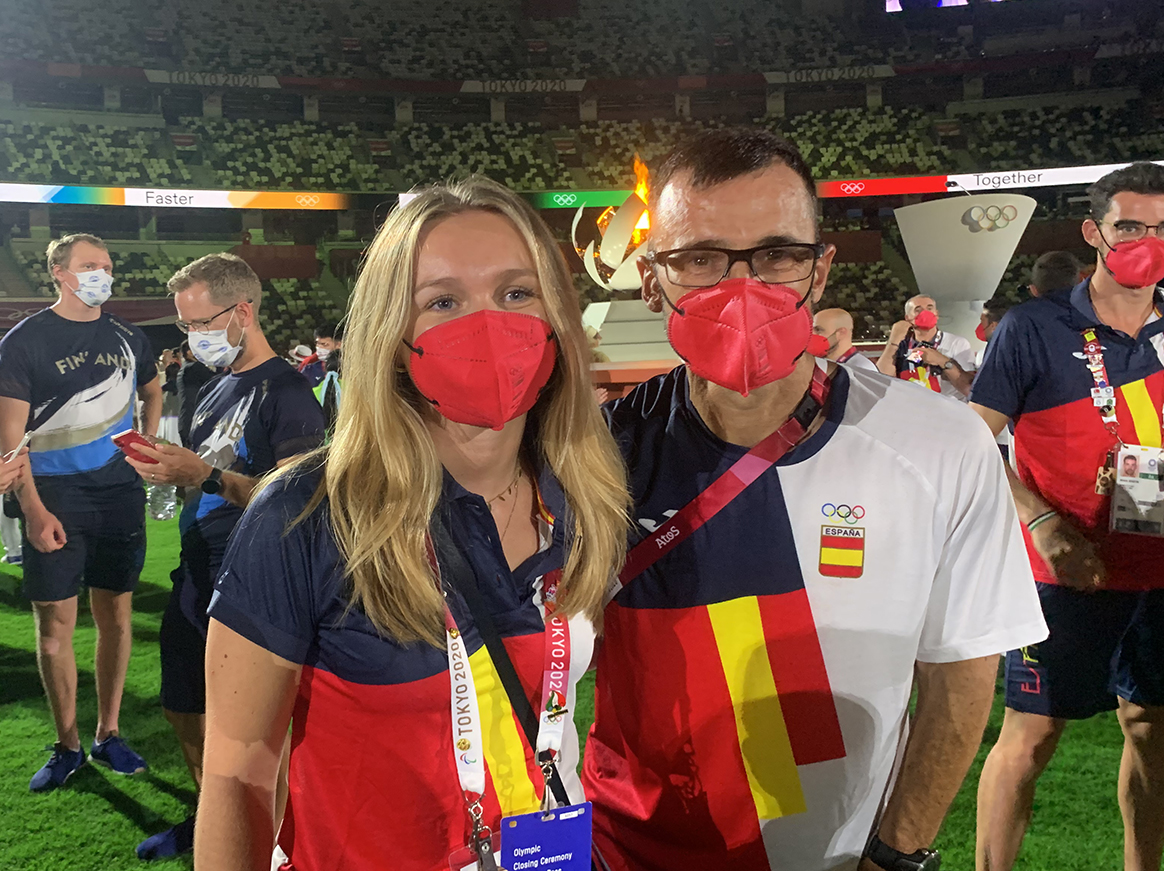 In addition, partners also works with Spanish Paralympic Committee since 2015, so throughout these years we have been able to support your athletes in their tireless work and daily effort, thus showing them our commitment to the Paralympic Movement. 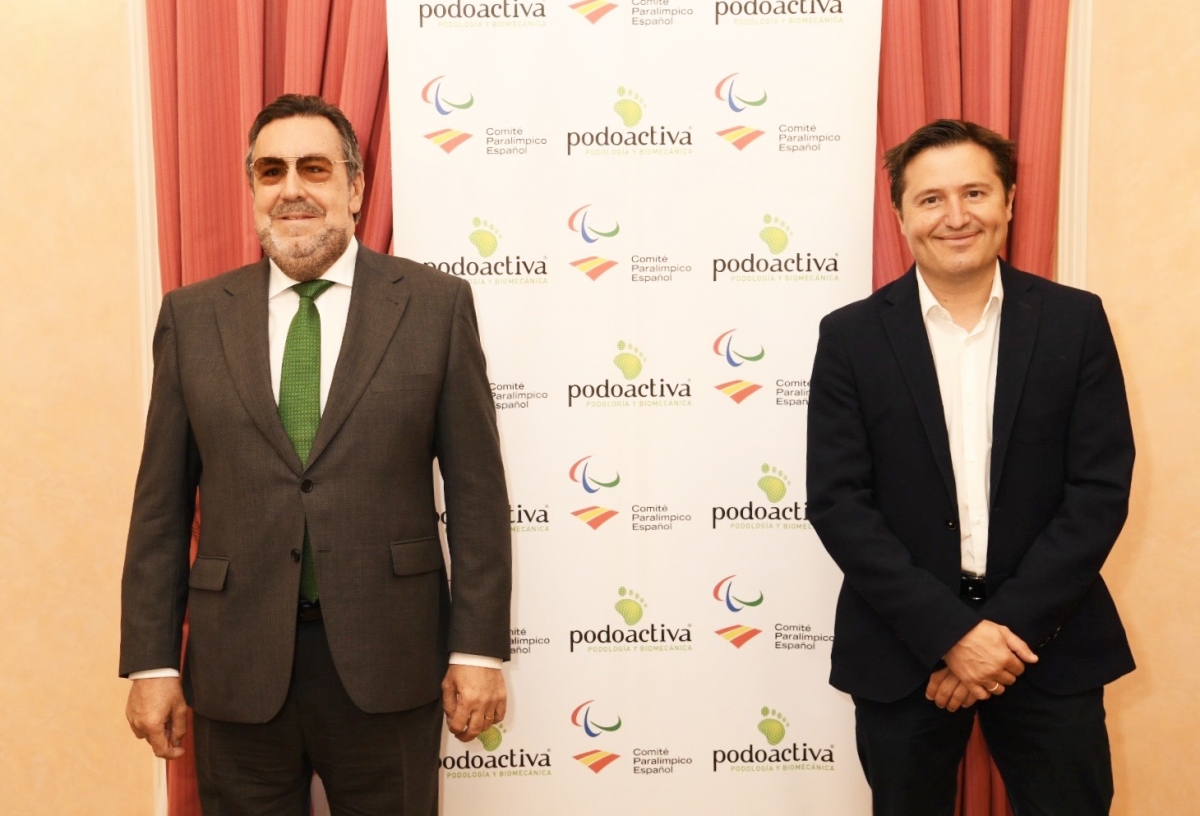 Up to a total of 25 Paralympic athletes who have competed in Tokyo are Podoactiva patients, entre ellos Gerard Download, gold in 400 meters T11; Sara Martínez, silver in long jump T12; and the bronzes Noel Infant, Ricardo Ten y Alejandro Sánchez.

for all the Podoactiva team, it was a proud to have been present at these two historic events for world sport, but the pride of feeling the confidence of so many athletes in our treatments and professionals in his Olympic and Paralympic dream. 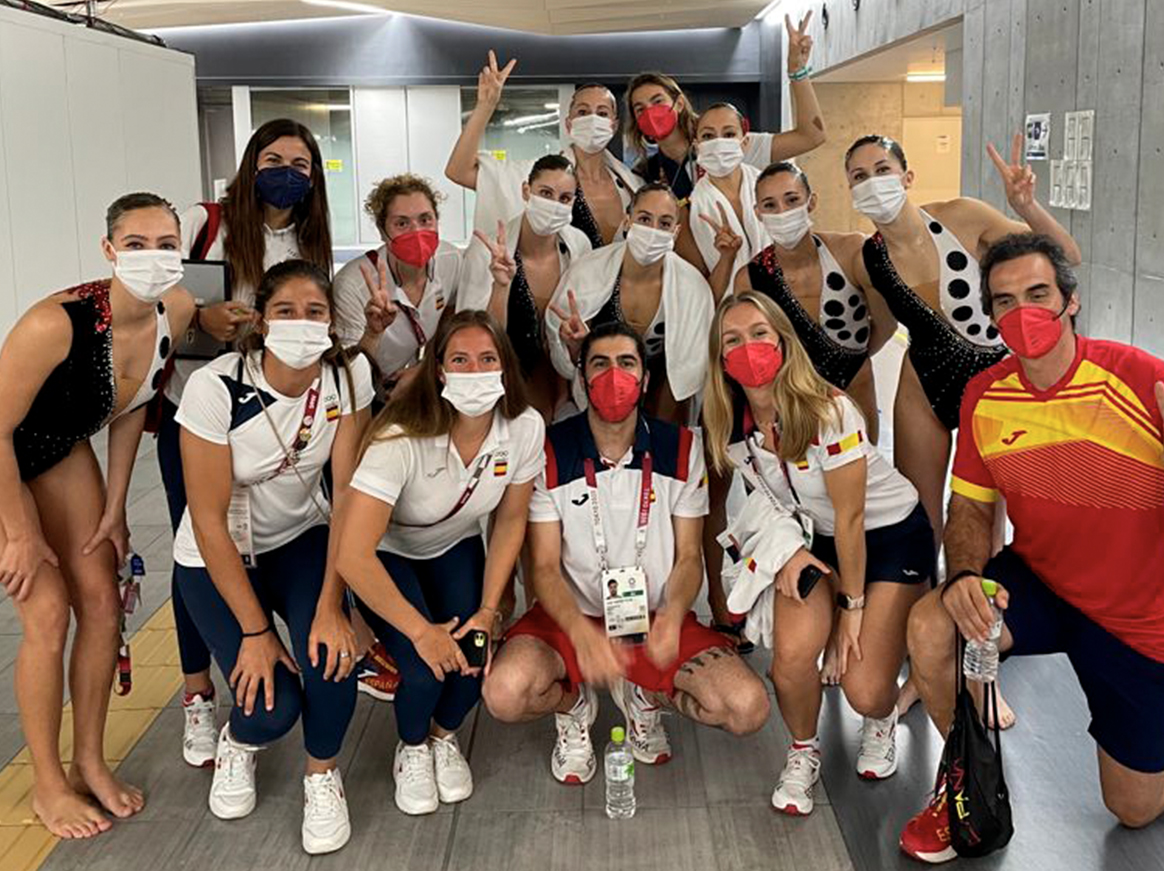 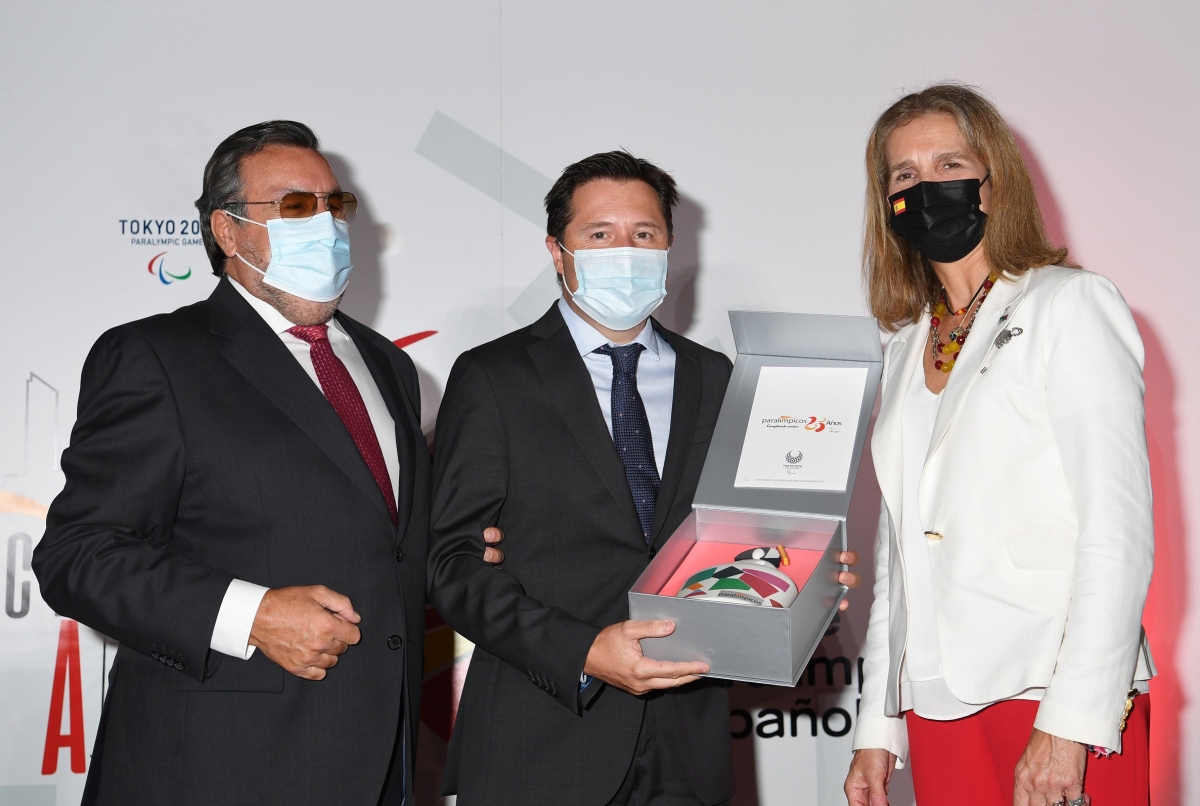 Podoactiva's participation in the Games has also had repercussions in different media such as these interviews to Maria Herreros in the Magazine of the General Council of Official Colleges of Podiatrists and in Radio Brand.