We have renewed our agreement with the Spanish Olympic Committee continuing as official partner until December 31, 2024 thus consolidating our commitment to Spanish sport again, since it was a pleasure take care of the health of the feet and the tread of the Spanish athletes in Tokyo. 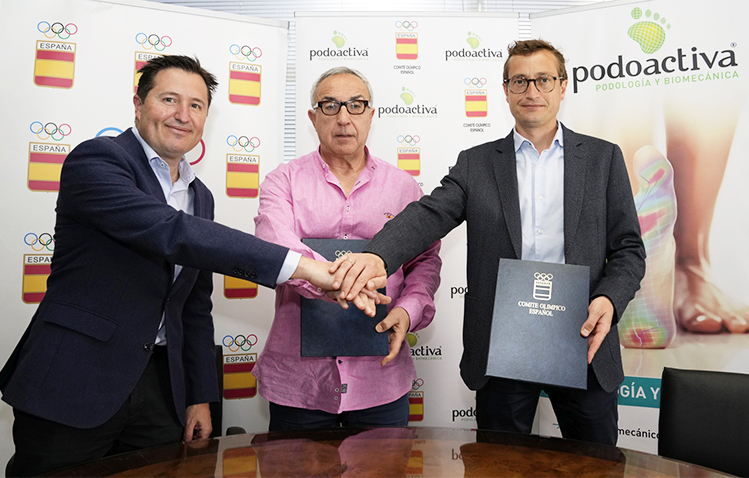 El agreement foresees the realization of biomechanical footprint studies to athletes who receive any of the public and private scholarships established within the scope of the COE and linked to the sports performance, With the exclusive and patented Podoactiva technology. They will also have at their disposal the manufacture of custom templates, together with others podiatric services and treatments in our more than 150 clinics and units that we have throughout Spain.

Our long history working with the professional, federated and amateur sports has helped us improve and adapt many of our services and our technology to the specifics of various sports disciplines. In addition, we are the official supplier of many of the main Spanish sports clubs and institutions.

The agreement also provides for a podiatrist from Podoactiva to accompany the Spanish delegation during the Paris Games to treat any discomfort and problems that athletes may suffer during the competition. 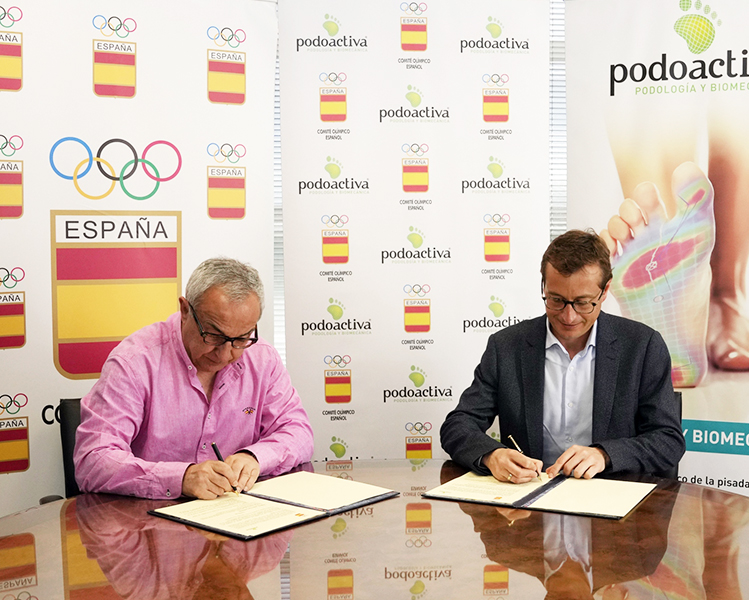 This consolidated experience, together with the work carried out with the Spanish Olympic athletes, will be reflected in the preparation of a joint study with the COE in which will analyze the specific conditions of the footprint in various sports disciplines, And the most frequent pathologies and problems.

El act of celebration has been in the headquarters of the Spanish Olympic Committee in which the formalization renewal of the agreement, and which has had the presence of Victor Alfaro, CEO of Podoactiva; Javier alfaro, technical director of Podoactiva; Y Alejandro Blanco, president of the COE. 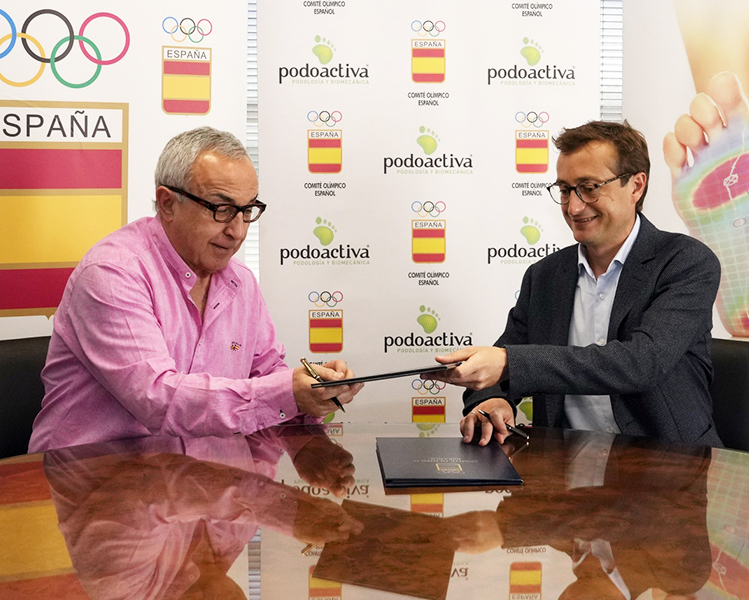 Victor Alfaro has highlighted that "for us, working with the Spanish Olympic Committee is a great privilege and responsibility. We accompany our athletes until Tokyo and now we will do the same on the cycle to Paris”. The CEO of Podoactiva added that "our commitment to sport is vertical. It starts with every patient who goes for a run in a park or plays on a team weekend with her friends, and it culminates in deals and projects like this one.”

Furthermore, Javier alfaro has stated that “being with the elite makes us keep improving every day in everything we do. We continue betting on innovation because this is a sign of identity for us”.

For its part, Alejandro Blanco has declared that “with this renewal of the agreement, the COE reaffirms its commitment to innovation and technology for Spanish sport. Thanks to Podoactiva we can optimize the performance of our athletes y improve health of all of them".

For Podoactiva it is an honor to follow in the footsteps of the COE athletes, thank you very much for your trust!