Podoactiva and the Spanish Olympic Committee have signed an agreement by which we became official collaborator of podiatry and biomechanics of olympic sport of our country until December 31, 2020.

The agreement makes available to scholarship athletes with the ADO program Podoactiva professionals and services based on your worldwide patented and exclusive technology, as well as his experience after having treated more than 400.000 patients already more than 2.500 athletes of Elite. The company thus reinforces its commitment to the spanish sport.

Thus, they will be completed biomechanical studies of gait and gait Olympic athletes and custom templates if necessary, among other services. What's more, partners will accompany the Spanish Olympic delegation in the Tokyo Games, to take care of the footprint of our athletes in the great Japanese event.

The agreement will also promote joint research between both entities for the care, performance and prevention of the health of Olympic athletes.

"For Podoactiva, working with the Spanish Olympic Committee is a very important step," said Víctor Alfaro, who has shown that "we have a lot of elite sport experience and joining the Olympic Movement is a pride and a responsibility".

For his part, Javier Alfaro has highlighted that "this collaboration will help us to have a more detailed knowledge of the needs of athletes in different disciplines. We want to help our athletes to give the best of themselves and it is a pleasure to accompany them in the next Games”.

Finally, Alejandro Blanco expressed "his deep gratitude to the founding partners of Podoactiva for their special sensitivity with Spanish athletes” and welcomed the entire group “to the great medical team that makes up the Spanish Olympic team”. 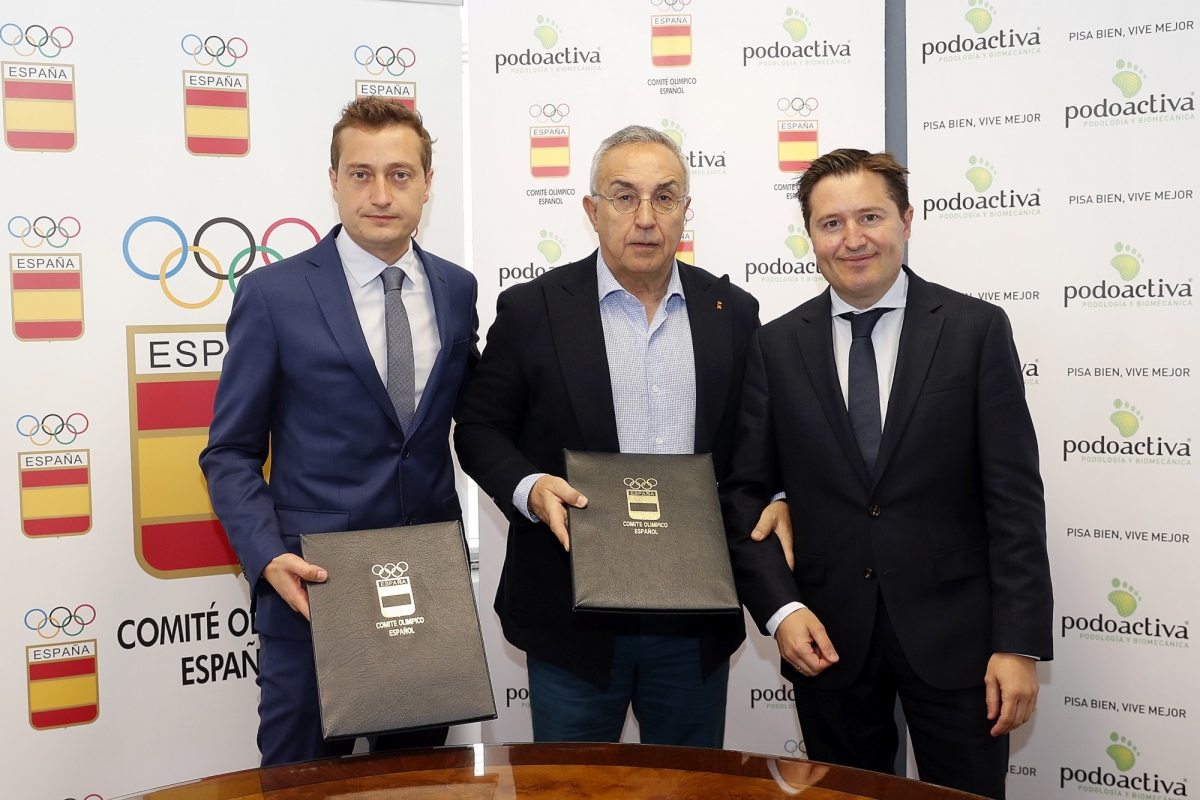 Thank you very much for letting us follow your steps until Tokyo 2020!