This weekend was the II Podoactiva Medieval Trail Montearagón in Quicena (Huesca), a sporting and recreational event that is consolidated in the Aragonese racing calendar. 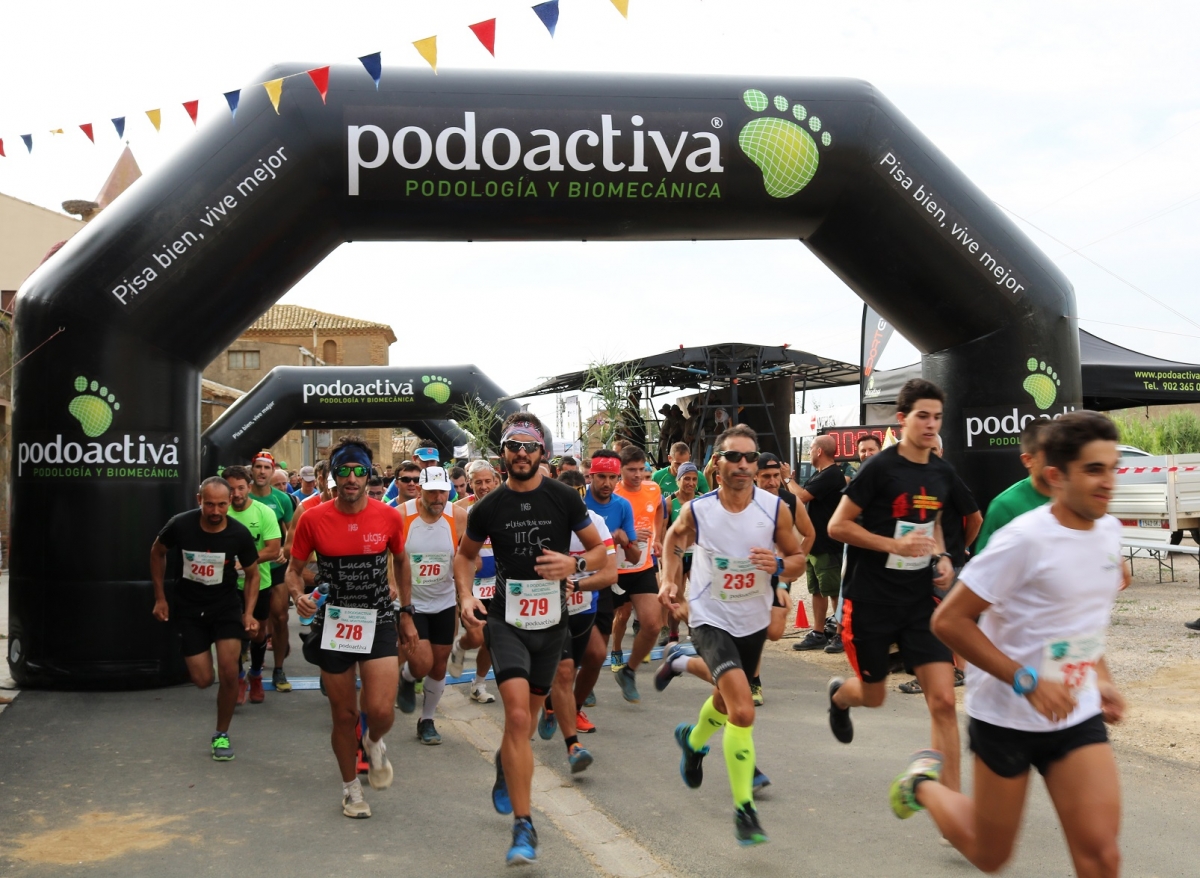 Departure of the participants of the 17,2 km Trail 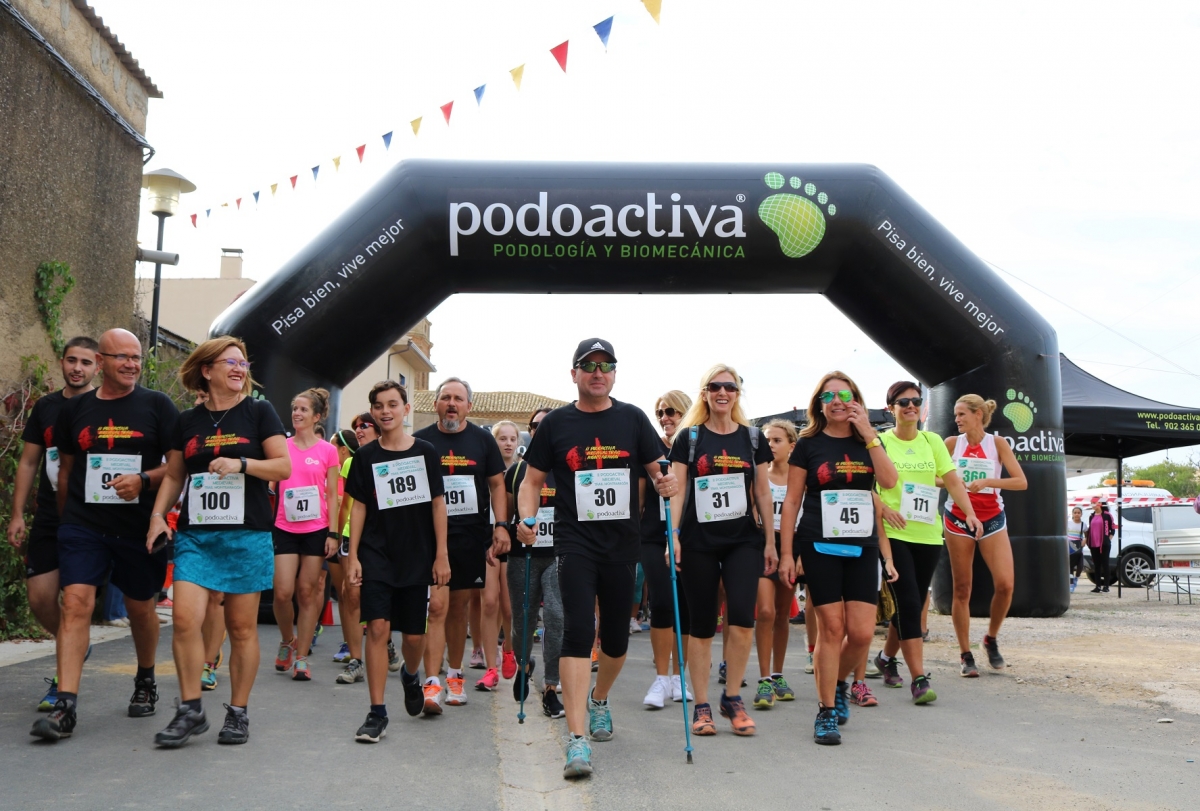 Departure of the participants of the Walk of 6,5 km

Almost 400 people signed up for one of the tests of this second edition: in addition to the 17,2 kilometer Trail, a hike non-competitive 6,5 km and the Explosive Climb to the Castle “Memorial Raúl Lansac”, included in the Trail itself. 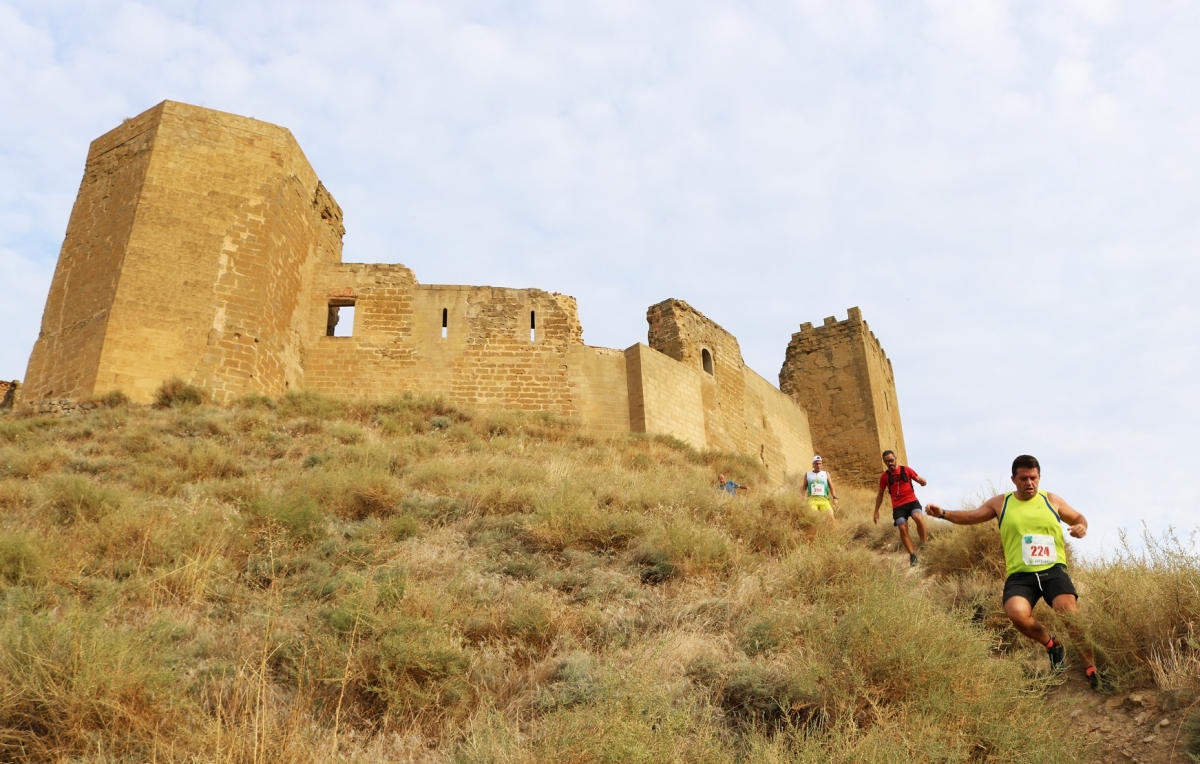 The appointment included other activities such as a paramotor rally and a artisan market which was accompanied by characters and medieval decoration of the town. The activities took place normally and in a good atmosphere, and the weather was good throughout the day. 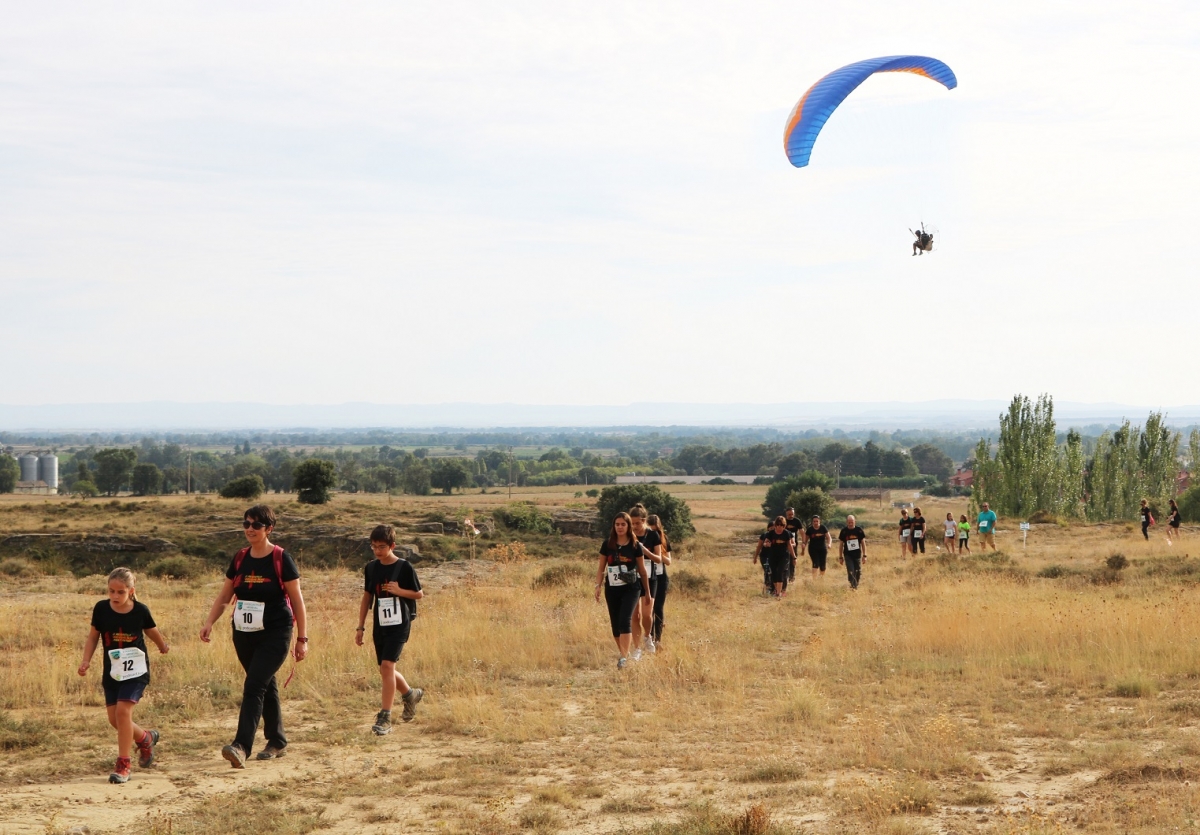 Lorenzo Buil, in the male category, and Silvia Ferrer, in the female, were the winners in the race Trail of 17,2 kilometers, as well as the Explosive Climb to the Castle “Memorial Raúl Lansac", along the paths around Montearagon Castle. 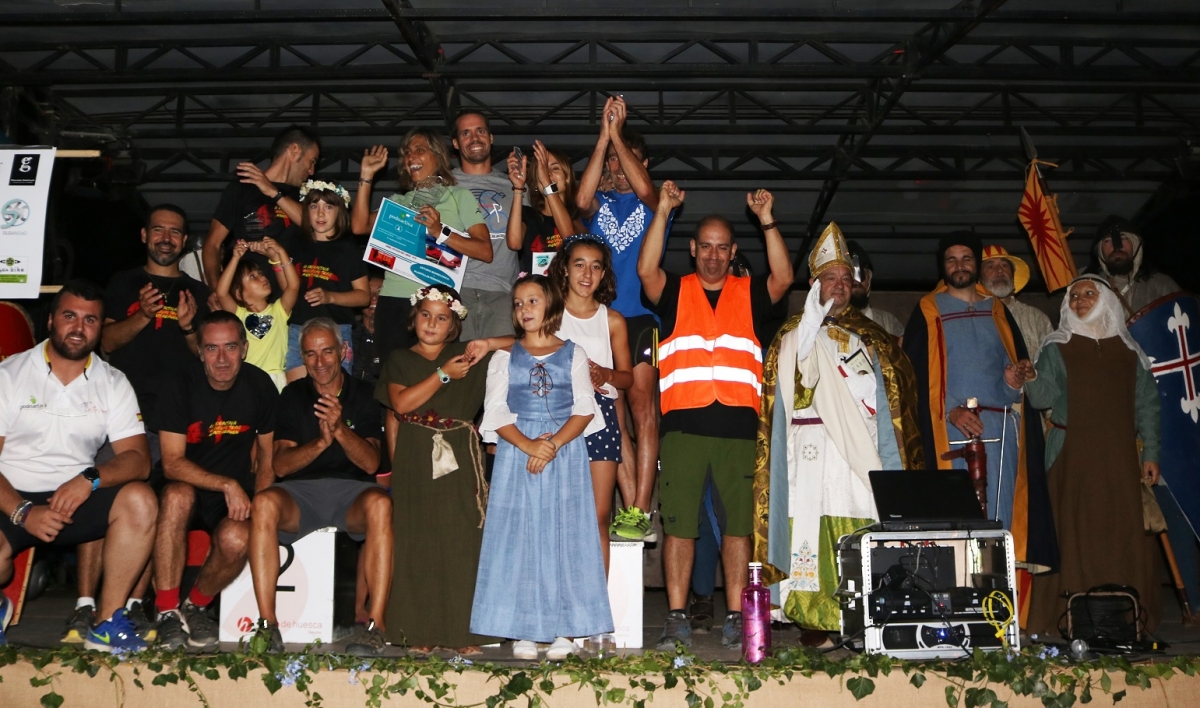 Winners of the different categories

The day ended with a popular dinner and a Gift raffle for the attendees, which have increased since last year 180 people participated and in this second edition a total of 390.

Popular dinner in Quicena after the event

Podoactiva, through the work of its Foundation, continues supporting the rehabilitation and social interest of the historical and cultural heritage of Aragon. 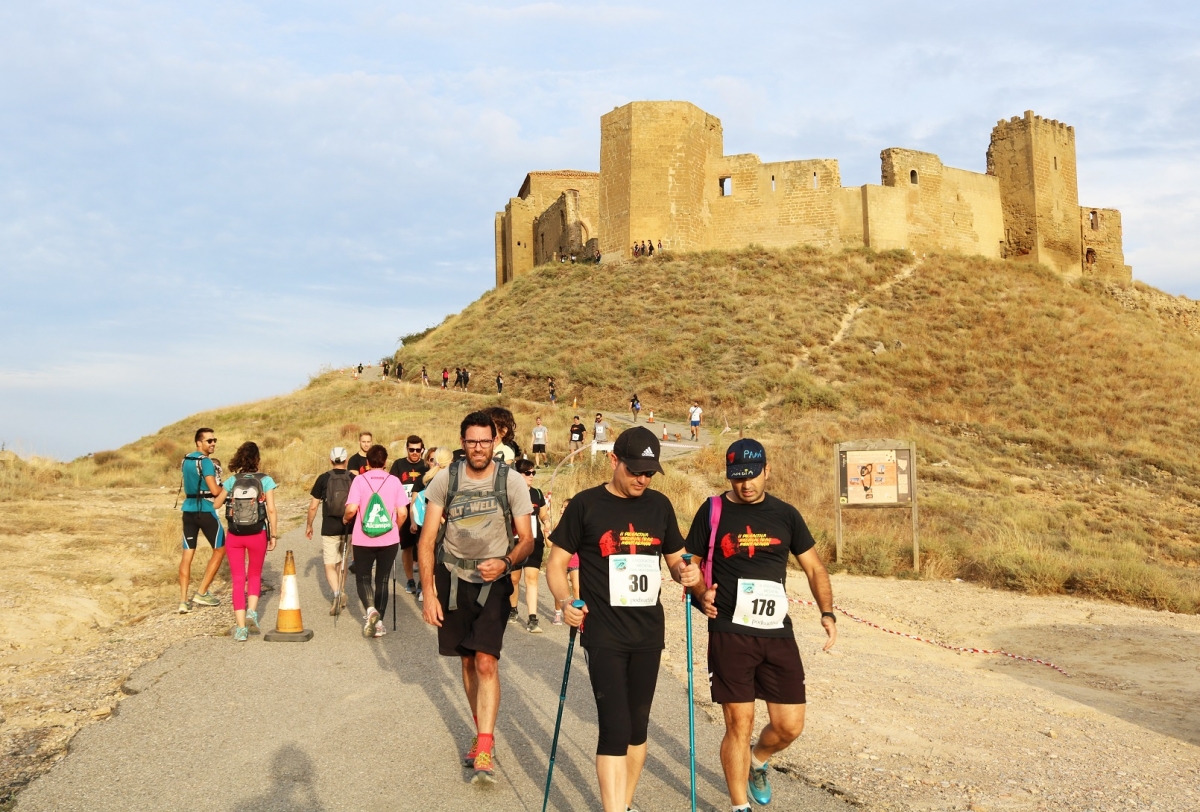 Special mention for our partner Rafael Arpal, organizer of the Podoactiva event, at Municipality of Quicena, to the 31 volunteers who have already collaborated people characterized as medieval that gave the distinctive touch that makes this race special.

See you in 2019 at the III Podoactiva Medieval Trail Montearagón!

Did you join us on the walk and/or trail? Find yourself among all the photographs in: GALLERY 1 / GALLERY 2 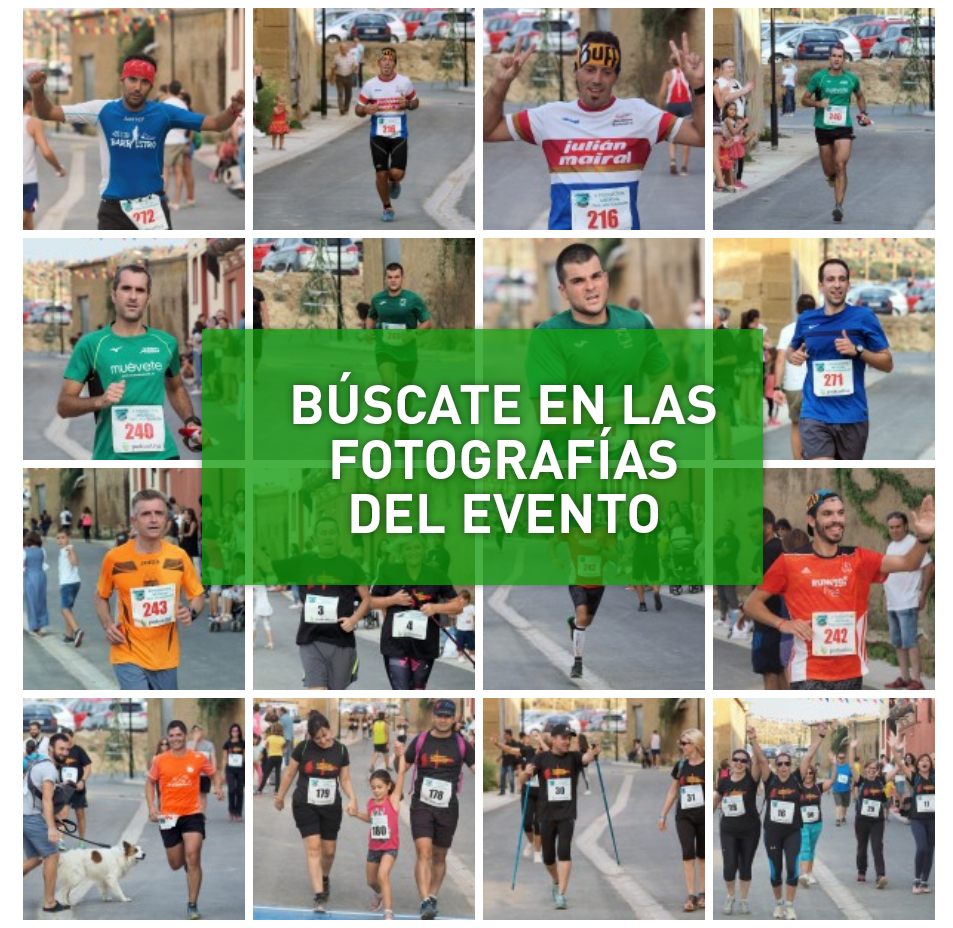