The most prestigious international professionals have participated in both sessions with their presentations.

It was held on April 13 and 14, in the Ciudad del Fútbol of Las Rozas, the II International Congress of Podiatry and Biomechanics in Soccer, organized by partners and Real spanish soccer federation, who has also published the noticia.

During the event, which has brought together more than 300 Attendees among which were students and the most prestigious podiatrists, doctors and physiotherapists specialists in the field at an international level, several presentations and round tables have been held on the new techniques and lines of research in the prevention, diagnosis and treatment of various ailments in the footballer's foot. Likewise, topics such as the importance of the figure of the professional podiatrist in soccer teams or the need to carry out a study of the mechanisms and risk factors to prevent injuries have been addressed. 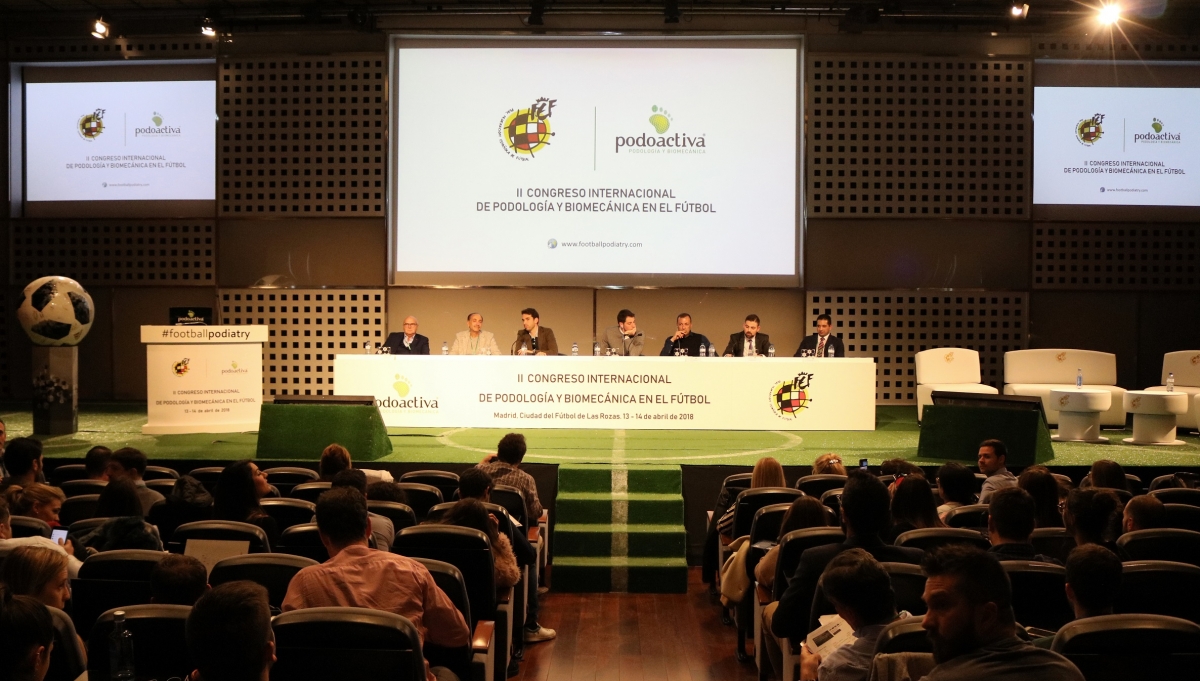 On Friday, the act began with the intervention of Víctor Alfaro, general director of Podoactiva, who was in charge of giving the starting signal to the congress, thanking the students, podiatrists and experts present there for their assistance. “We are very grateful to all of you who are going to attend and participate. Seeing the room full gives us energy to think about the third congress”.

After her Dr. Helena Herrero, head of the RFEF Medical Services, indicated that “It has been an honor for us to host this congress. We are very clear about the importance of podiatry in football. Preventing and treating foot-related injuries is essential, and that is why we see it as essential to hold this event.”

Another of the assistants in charge of opening the congress was Howard Liebeskind, Los Angeles Galaxy podiatrist, who said he felt "excited" to attend the appointment. "I was very surprised by the level of the presentations, it was very interesting"Liebeskind noted. 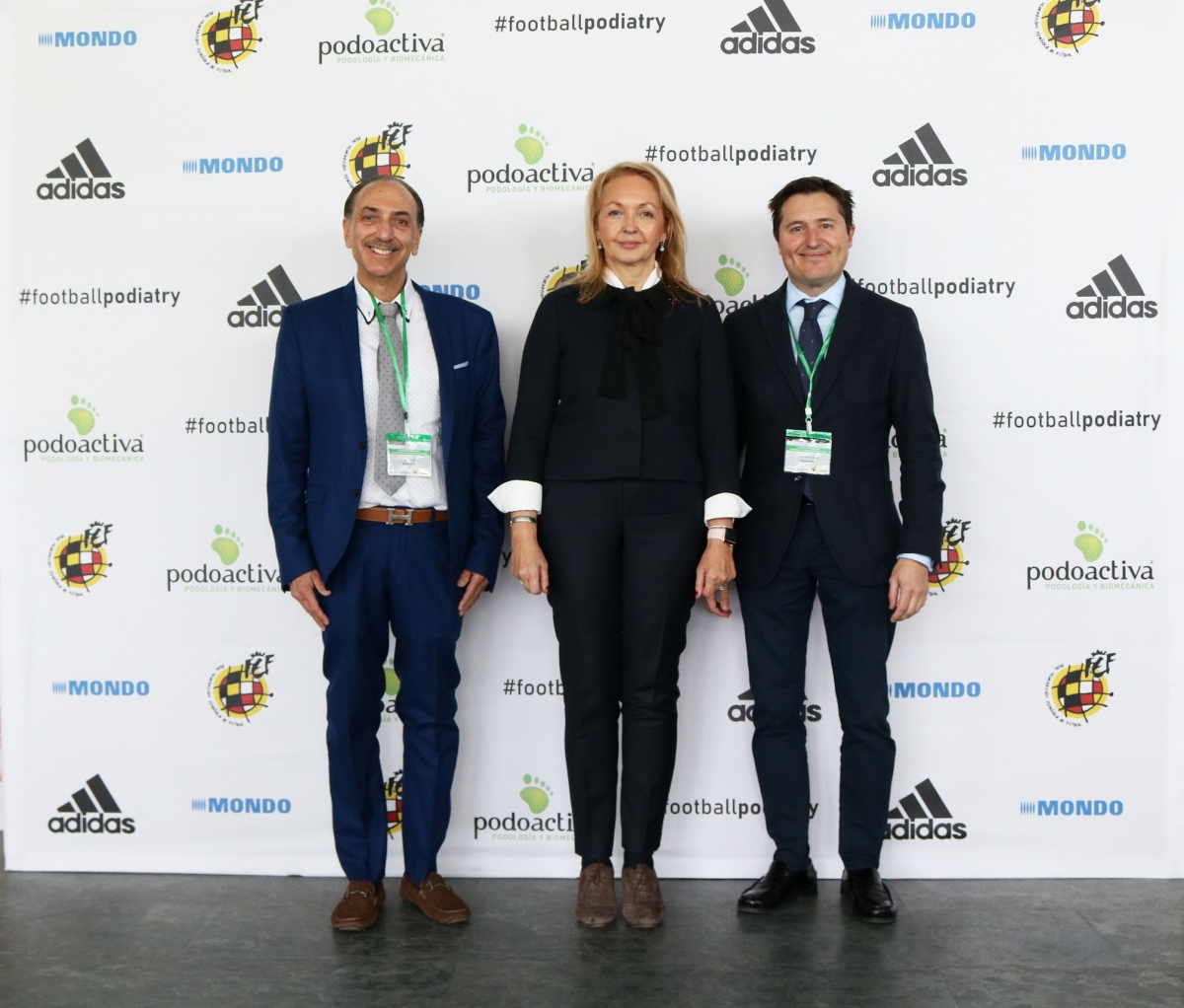 For his part, Javier Alfaro, podiatrist of the Royal Spanish Football Federation and technical director of Podoactiva, stated that “We want to thank the Royal Spanish Football Federation for allowing us to be here. There is no better place to talk about football and podiatry than in the City of Football. We have had a very high level in international presentations and we are already thinking about the III Congress”.

The congress was divided into two days organized in 6 blocks themes: Biomechanics, podiatry and physiotherapy in football, Podiatric surgery in football, Research and development in professional football, Medicine and biomechanics of the lower leg in football, International podiatry in football and Preventive podiatry in football. The objective was to cover the different aspects related to the general theme, treating them from different points of view at the hands of the best professionals. Among the various conclusions drawn from the congress is the importance of choosing the right football boot depending on the terrain for the prevention of ailments and the importance of the figure of the podiatrist within a soccer team.

The best practices and the latest innovations in prevention, diagnosis and treatment of ailments were exposed and debated in a conference that has already become a benchmark.

More than 300 Attendees, as well as 30 speakers of international renown that provide their services in 12 international soccer clubs such as Real Madrid CF, Atlético de Madrid, Manchester United, Los Angeles Galaxy, AC Milan, SS Lazio or the Spanish Soccer Team, among others, as well as well as in centers such as the Gregorio Marañón Hospital, the Quirón Clinic or the Sport Clinic Ripoll & De Prado.

From Podoactiva, we want to thank all the attendees and speakers who have participated in the congress. Their involvement gives us energy to think about the third congress to be held in 2020.

We leave you the SCHEDULE of the days with all the interventions. 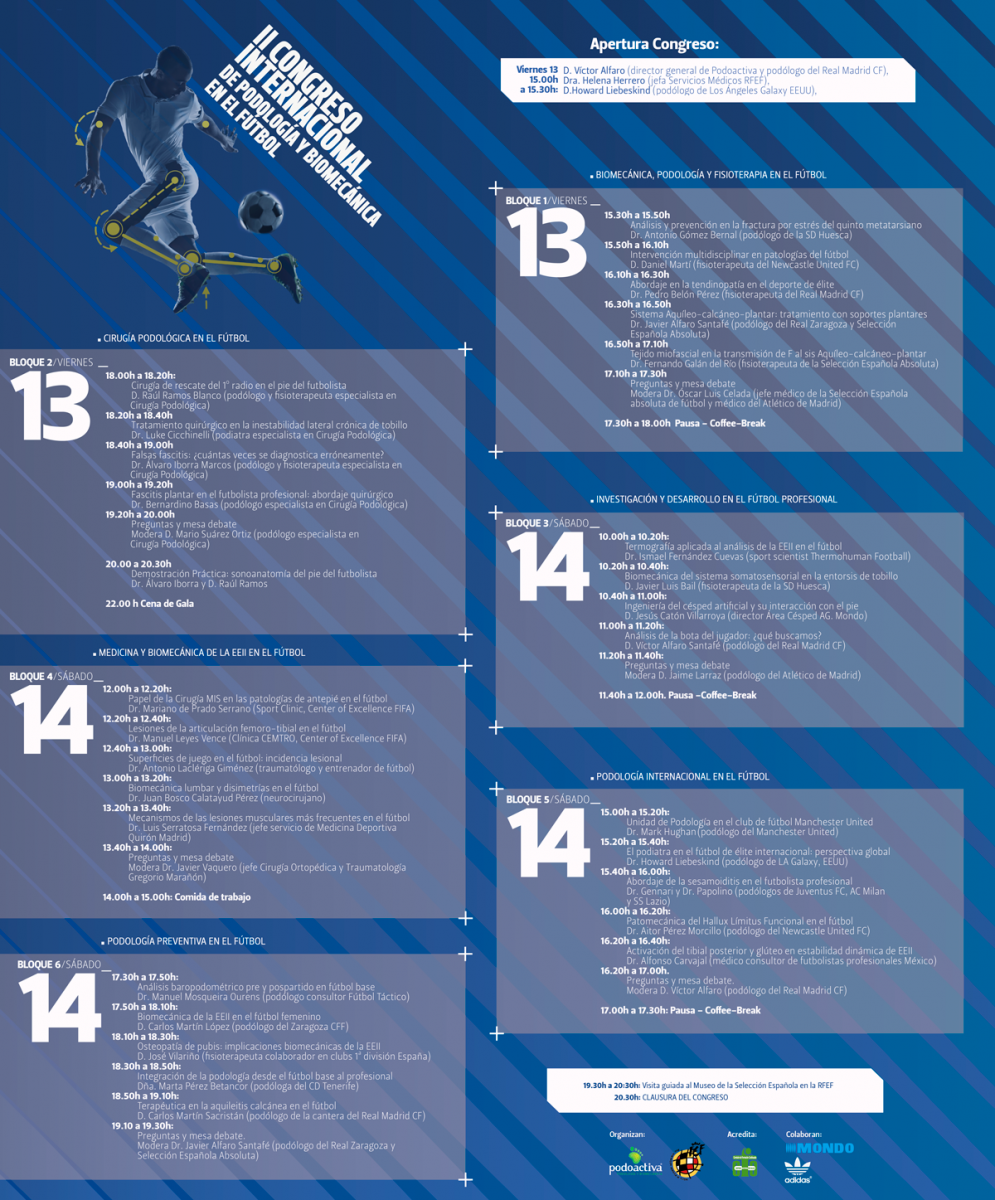