Change of season, change of shoes. Tips to take care of your feet in summer

Although the foot is designed to be barefoot, practically since we are born our feet are going to be there most of the day inside a shoe and usually this shoe incorporates some heel (what we technically know as drop in sports shoes). The switch from winter to summer shoes has a direct influence on our feet, almost always positive.

In summer we "free" the feet from closed shoes, allowing them to expand and breathe much more naturally. 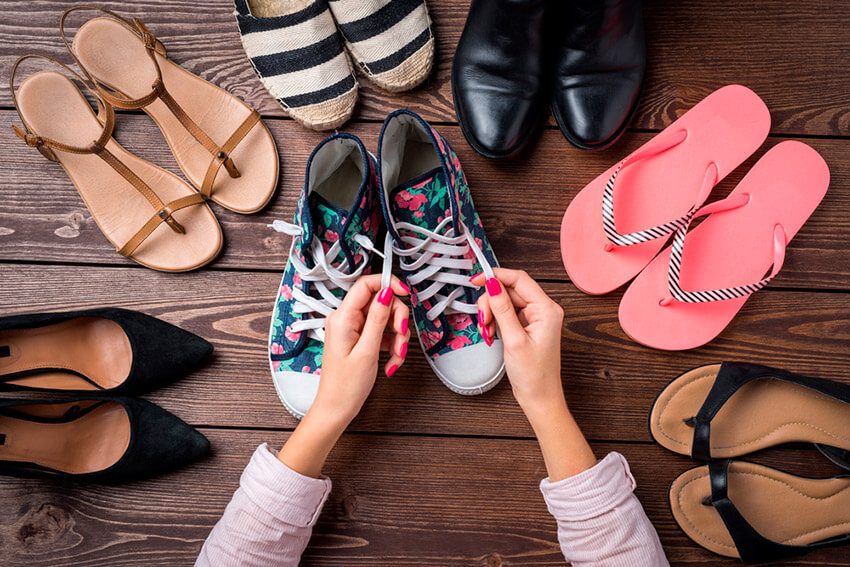 WHAT ASPECTS SHOULD BE TAKEN INTO ACCOUNT TO MAKE THE CHANGE OF FOOTWEAR?

Before starting with tips, it is important to state that the use of footwear limits the activity of a group of small muscles (whose two insertions are in the foot), which are very important for the stability of our steps. This is the intrinsic muscle. 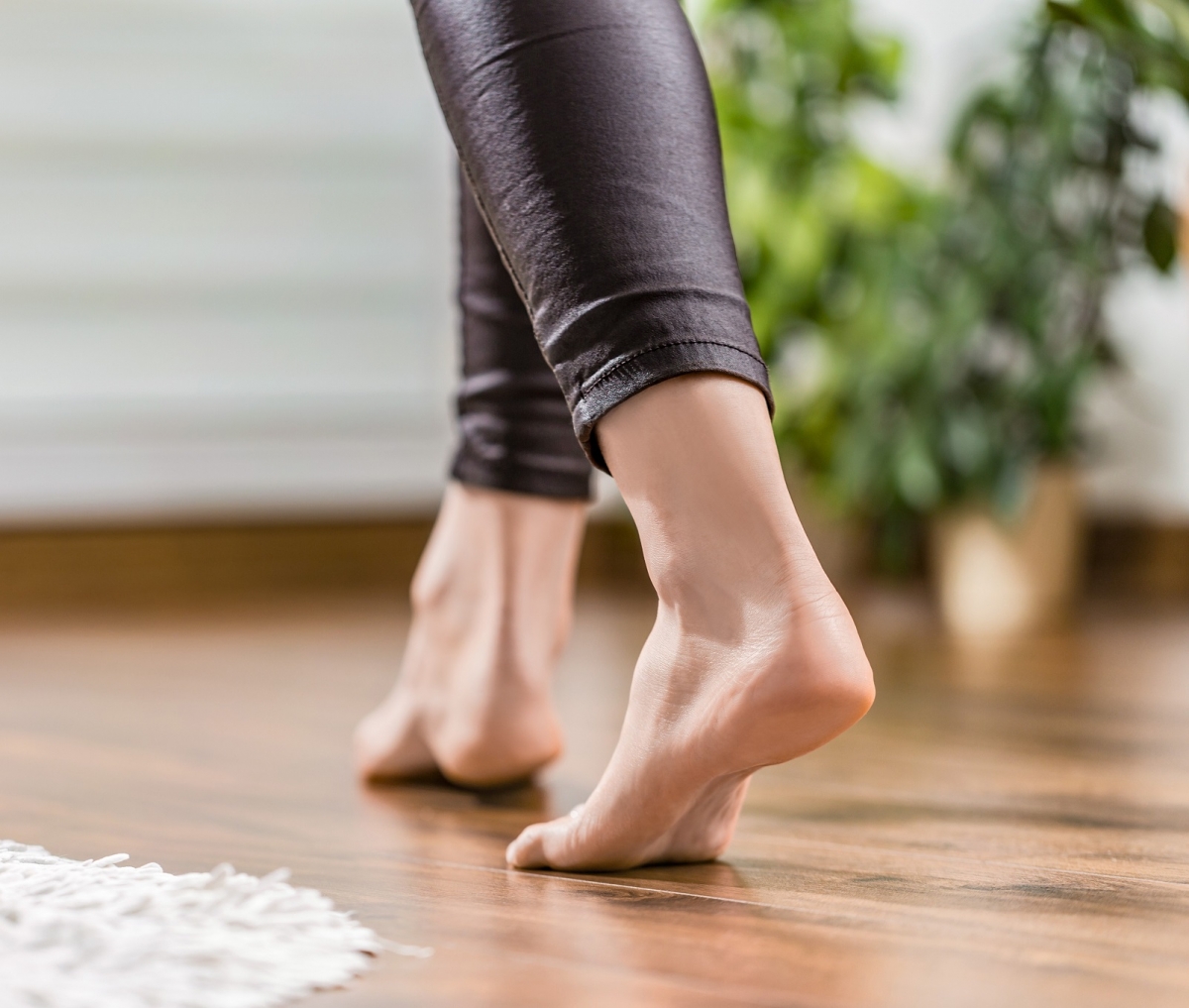 Do activities barefoot It helps that muscle regain tone and become more functional. But if what we do is go from winter footwear (with some drop) to run or walk barefoot on the beach, it is very likely that we will end up with muscle problems at the posterior pulley muscle of the leg (calves, soleus and hamstrings) and also in the Plantar fascia since we are generating an excessive overexertion.

The correct management of the drop height is one of the most important issues so that the change from winter to summer footwear does not pose any type of problem. 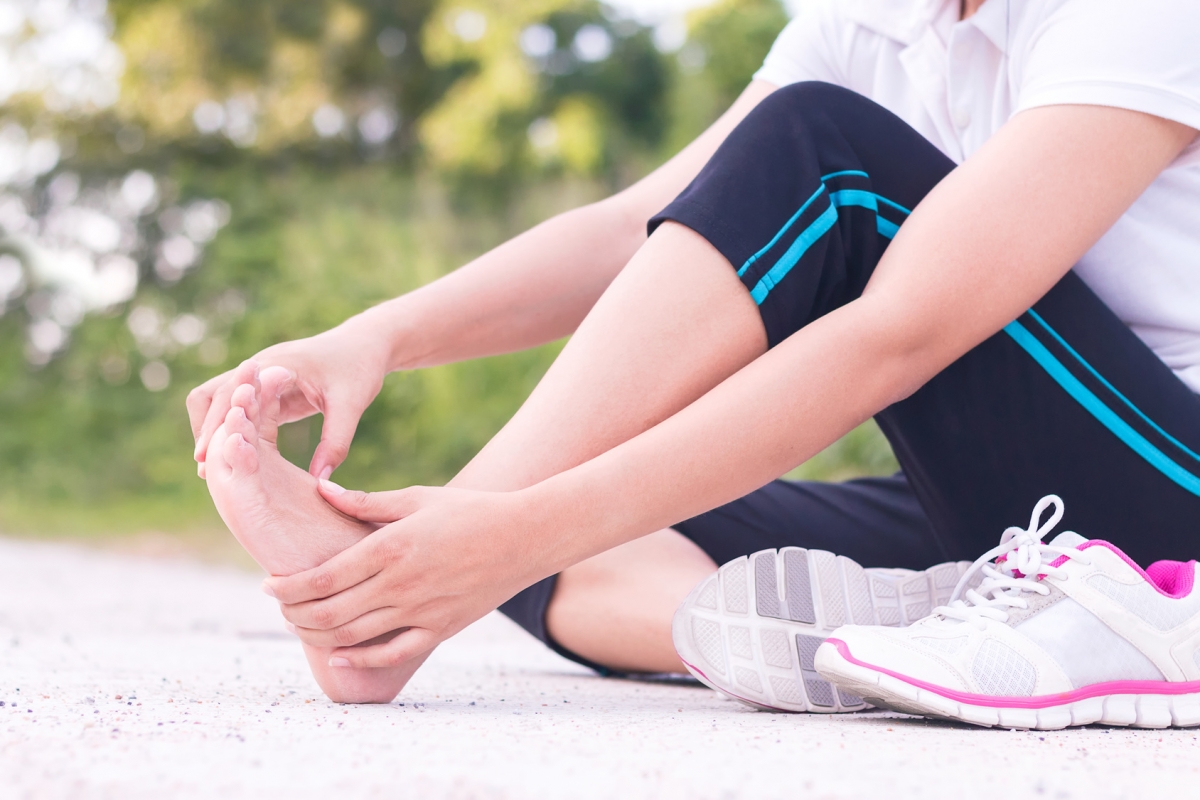 TIPS FOR MAKING THIS CHANGE

It is very common to see in summer the sandals and flip flops which are held exclusively by a pull between the first and second toe. This type of footwear (slingback) is absolutely contraindicated for walking and much more for running. The fact that it does not have support in the heel means that in each step you have to make "claw" with fingers so as not to lose the sandal.

This gesture produces an important overload on the Plantar fascia which is transmitted to the rest of the posterior leg muscles. To this must be added the instability of this type of footwear, which greatly increases the chances of certain injuries such as sprains.

The flip flops are indicated for avoid contagion of papillomas y mushrooms in public spaces like changing rooms, showers y pools (in those areas where the water is stagnant).

Its use is highly recommended for this purpose, but not for physical activity or long walks. 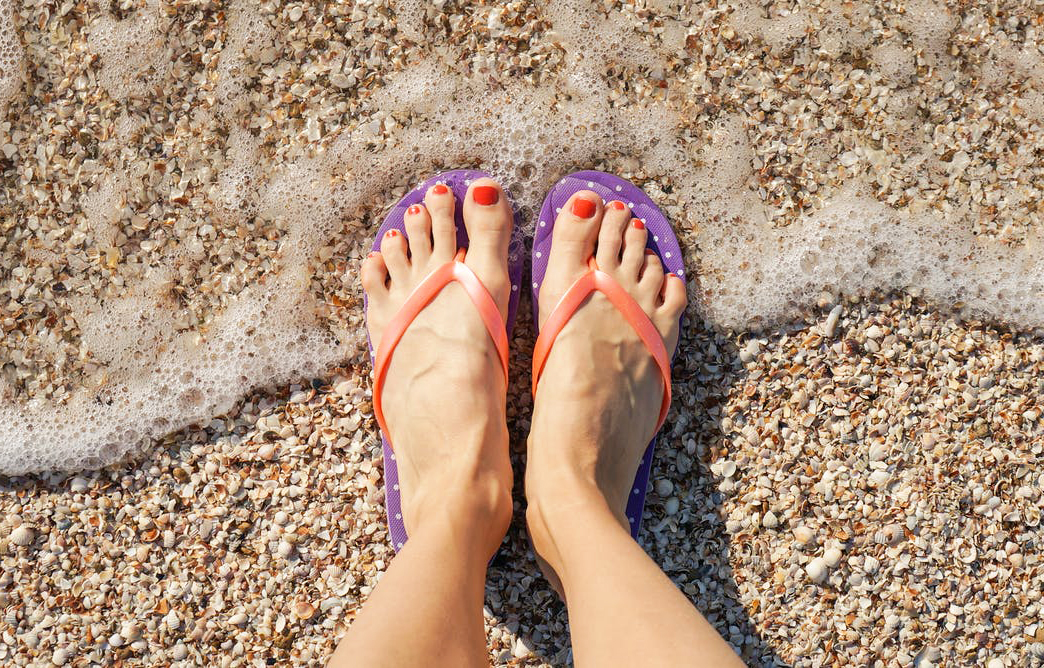 It is very advisable leave your feet "in the air" as much as possible in summer but for that there are certain models of sandals that incorporate a correct support of the foot through different straps that hold the heel and instep. Even there are sandals that can be used for running. When choosing these sandals, as we have mentioned before, it is very important to respect the drop height that we are used to.

If you do sports activities in summer, it is recommended to keep the same drop (difference in height between the heel and the front of the shoe) or bet on one slightly lower than you have used in winter. If what you like is correr and you are going to spend some time at the beach, the advice is that use the beach to walk barefoot, but run along the promenade using a similar drop the one you were wearing in winter.

In fact, in asphalt shoes, there is no difference between winter and summer shoes, but for those who are regular mountain runners, it is important that they take this into account if they start running in the summer in another environment. 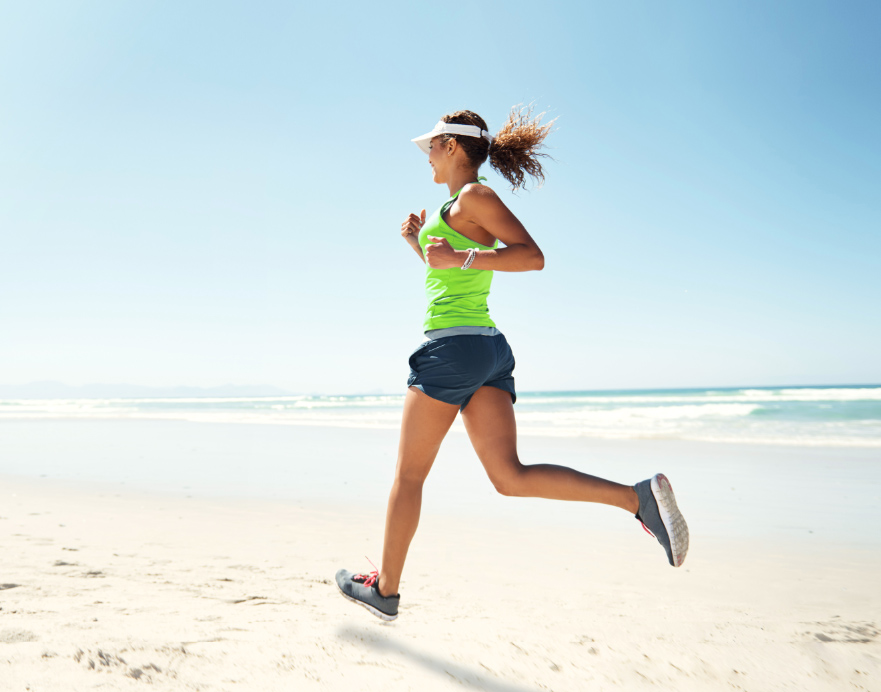 – HYDRATION TO AVOID PROBLEMS IN SUMMER

Summer is the only time of year when our feet become visible and there are many people who suffer from dry skin especially on the heel, coming to occur cracks in them. These cracks are caused by lack of hydration (as happens in the land that is very dry).

The best advice to recover the hydration of the feet is to use a specific cream for the feet and apply it at night before going to sleep.

We have to understand that the skin of the heel is fifty times thicker than that of the cheek, so a cream that can work well for the face may be absolutely insufficient for the foot. Usually the hydrating creams for the foot they usually incorporate 20% urea in addition to other components.

In case of very deteriorated heels, what we recommend is to do a "plastic cure". is to put during two or three nights consecutive cream on the heel and cover it overnight with a film paper (the one we use to wrap food). This will multiply the effect of the cream, achieving visible results very quickly. 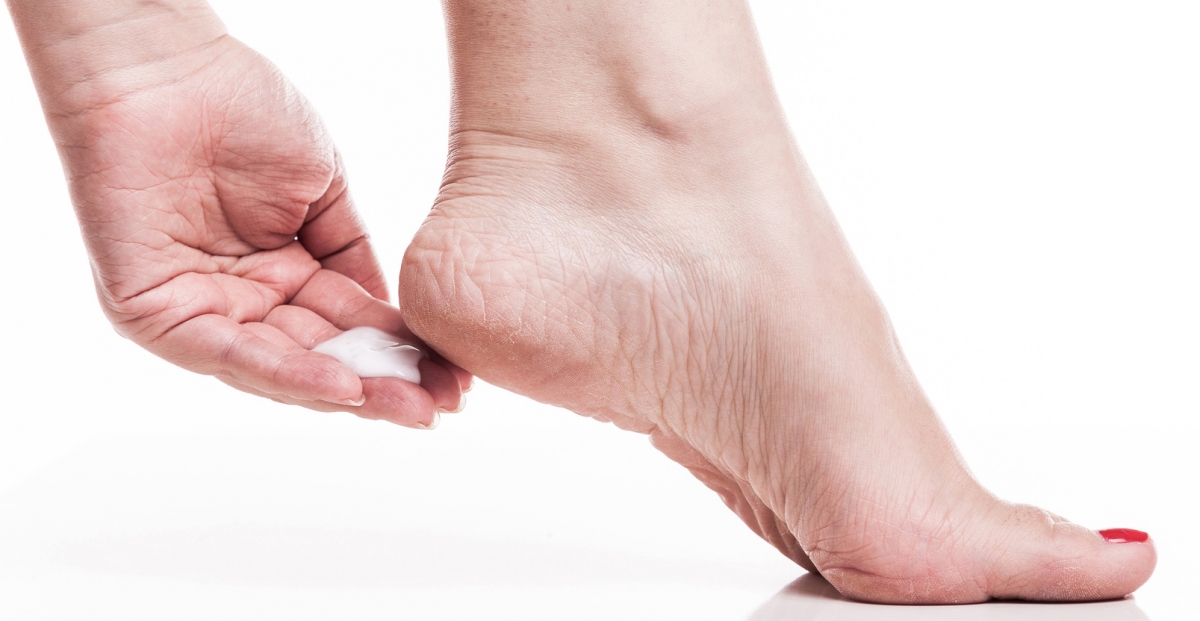 Other council important regarding footwear with the arrival of summer is to try to alternate it. If, for example, we go running every day, the ideal would be alternate the use of two shoes to let them ventilate because in summer the sweating it will be much bigger. In addition, this advice allows the sole to better recover its mechanical properties.

As a general rule for both sports shoes as for street, in summer, we must try to bet on materials (both natural and synthetic) that have a good breathability to try to keep the foot as dry as possible. In case we have a excessive sweating we recommend the use of drying powders that allow moisture not to concentrate on the foot, favoring the proliferation of certain microorganisms such as fungi.

It is also highly advisable to change socks as many times as necessary, as well as the use of technical socks that facilitate perspiration. 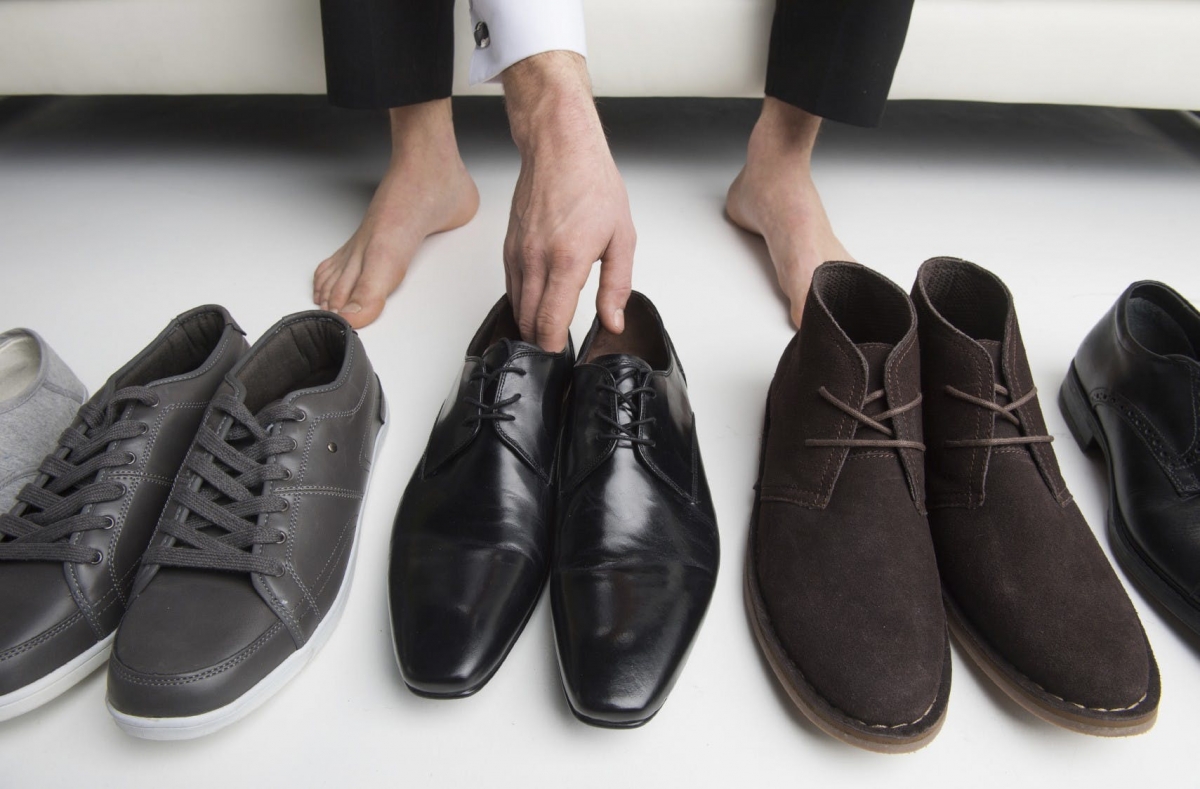 In short, just as a television commercial said a few years ago talking about the abandonment of animals in summer, we join the message (of course of the animals) but also of your feet: don't abandon them, they never do.

This article has been written for number 244 of the magazine "Great Spaces": 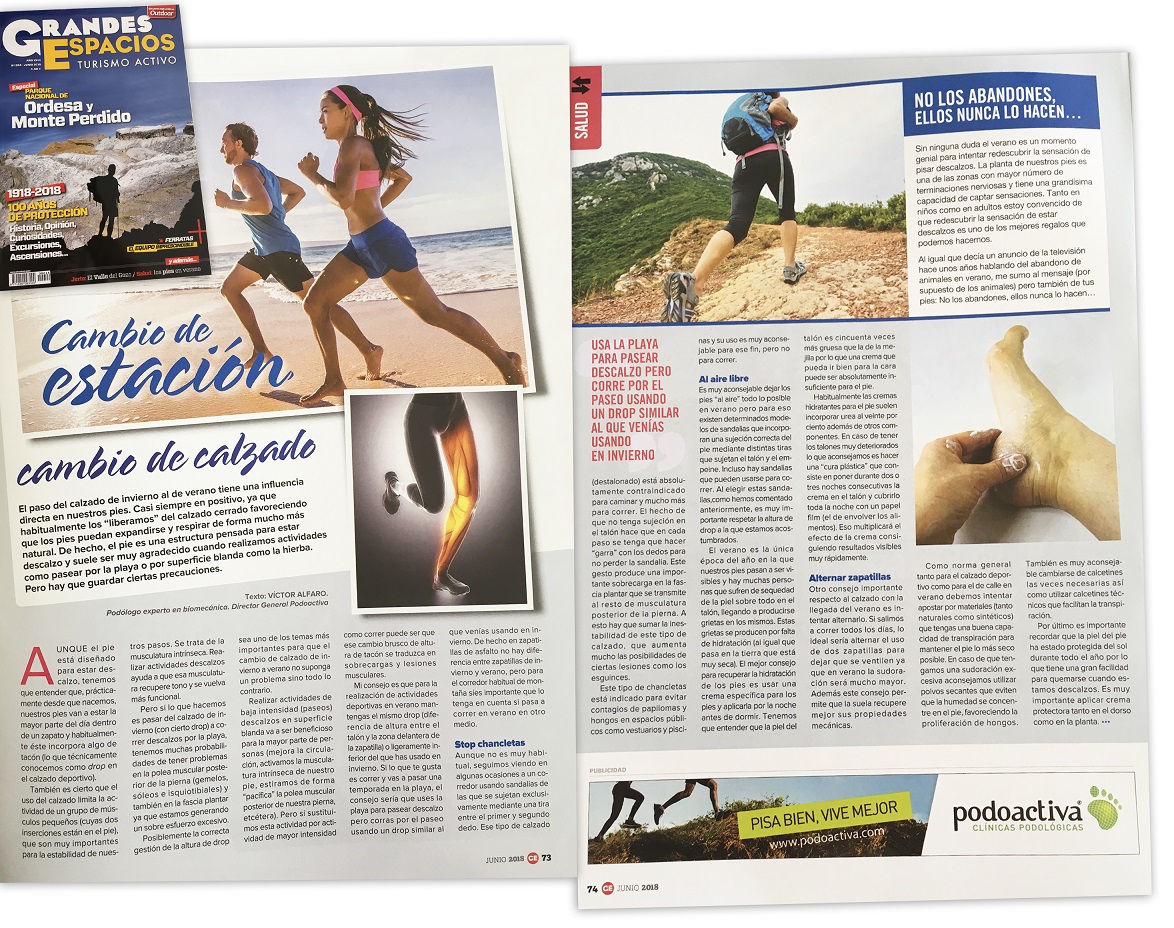 Do you need help finding the right shoes for your feet? At Podoactiva we can help you. Consult your nearest Podoactiva clinic HERE or contact us at 974 231 280 or Traves de info@podoactiva.com.