Introducing the first custom smart templates on the market

La first custom smart template on the market it's here. The "Smart Insole Podoactiva”, an innovative and pioneering product that supposes, in the words of its founders, “a authentic revolution in the field of biomechanics”, have been presented in Madrid. 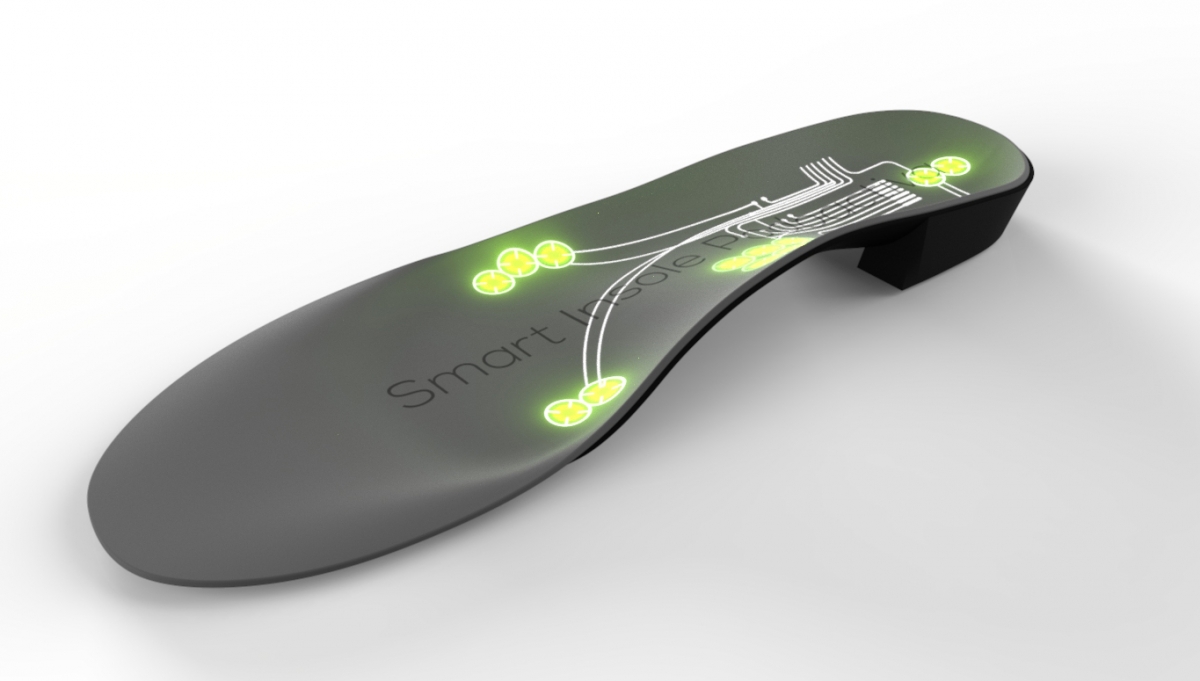 The event took place in the Microsoft's Global Sports Innovation Center in Madrid, and has had the participation of Victor Alfaro, CEO of Podoactiva; Javier alfaro, technical director of the firm; Antonio Gómez, podiatrist and director of clinical research of the same; Angel Peguero, responsible for engineering younext, a subsidiary company of Podoactiva that has developed the product; Roberto Casas, professor at the University of Zaragoza; and the Olympic athlete Jesus Angel Garcia Bragado. The event has been enlivened by the speaker and presenter Magician More.

The templates have been presented at an event at the Microsoft Global Sports Innovation Center in Madrid. 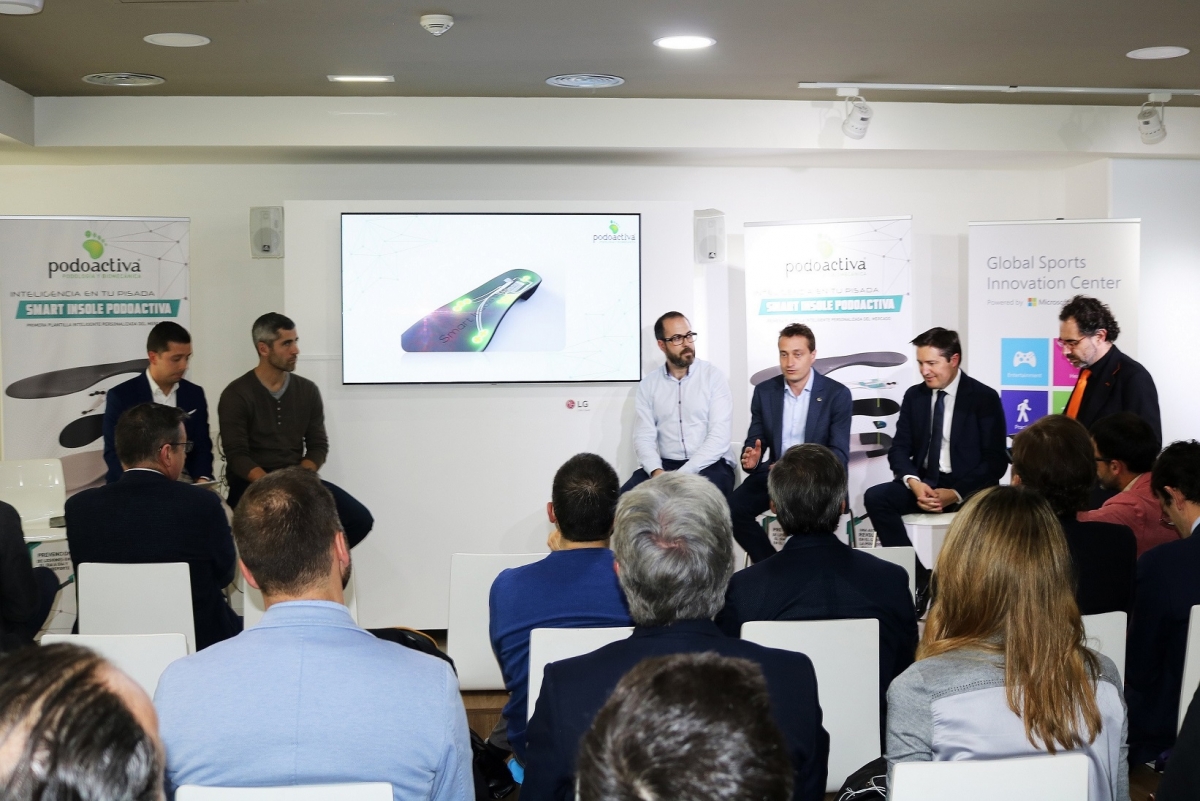 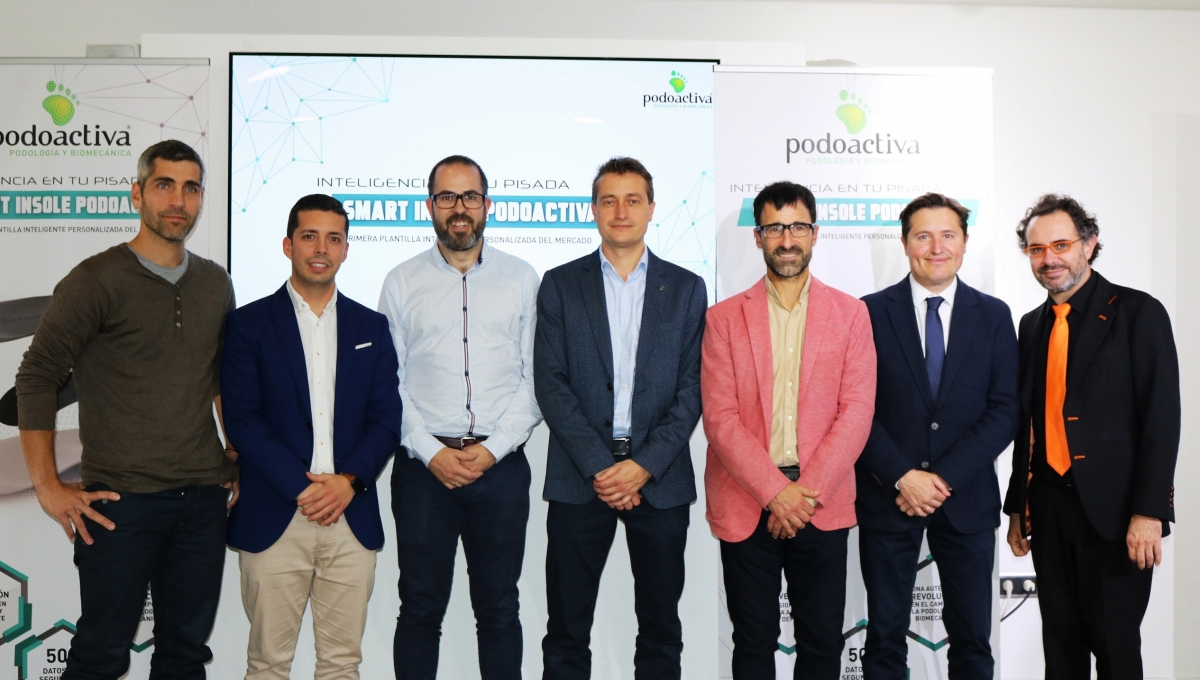 As those responsible for the project have explained, all the information generated allows us to anticipate problems and prevent injuries, which represents a before and after in foot care and all the effects that they imply for health. “The application of artificial intelligence, real-time data collection and personalization at the service of health are the keys to this product”, highlighted Víctor Alfaro.

The general director of Podoactiva has explained the project of personalized intelligent templates and has highlighted the disruptive and pioneering character from the same. “We had already developed personalized templates through innovative and patented technologies, but the possibility of measuring data in real time in the daily life of the patient and the application of the AI It has allowed us to go one step further”, he stated. Subsequently, she has talked with the rest of the participants in the act about the progress that the product represents.

While the patient walks in his daily life, the insoles "allow to measure  500 data points per second in real time”, explained Roberto Casas, professor at the University of Zaragoza, participant in the technological development of the project.

The "Smart Insole Podoactiva" allow to measure 500 data per second in real time while the patient walks in his daily life.

"Personalization is absolute”, Víctor Alfaro insisted. “Not only the geometry of the foot is customized, but also the degree of elasticity necessary for that foot to continue moving and to perform its function. The "Smart Insole Podoactiva" represent the natural evolution of our insoles".

Javier Alfaro, technical director of Podoactiva, affirmed for his part that "knowing what happens to the patient's foot when he is out of the consultation supposes a authentic revolution in the field of biomechanics, since it allows us to have a greater knowledge of the footprint of our patients in their royal scope".

That knowledge opens, in turn, “enormous possibilities in the field of research”, as Antonio Gómez, director of clinical research at Podoactiva, has revealed. The podiatrist explained that "the Smart Insole Podoactiva generate a big data on the behavior of the feet of thousands of patients in real life, and the relationship of their footprint with certain injuries”. 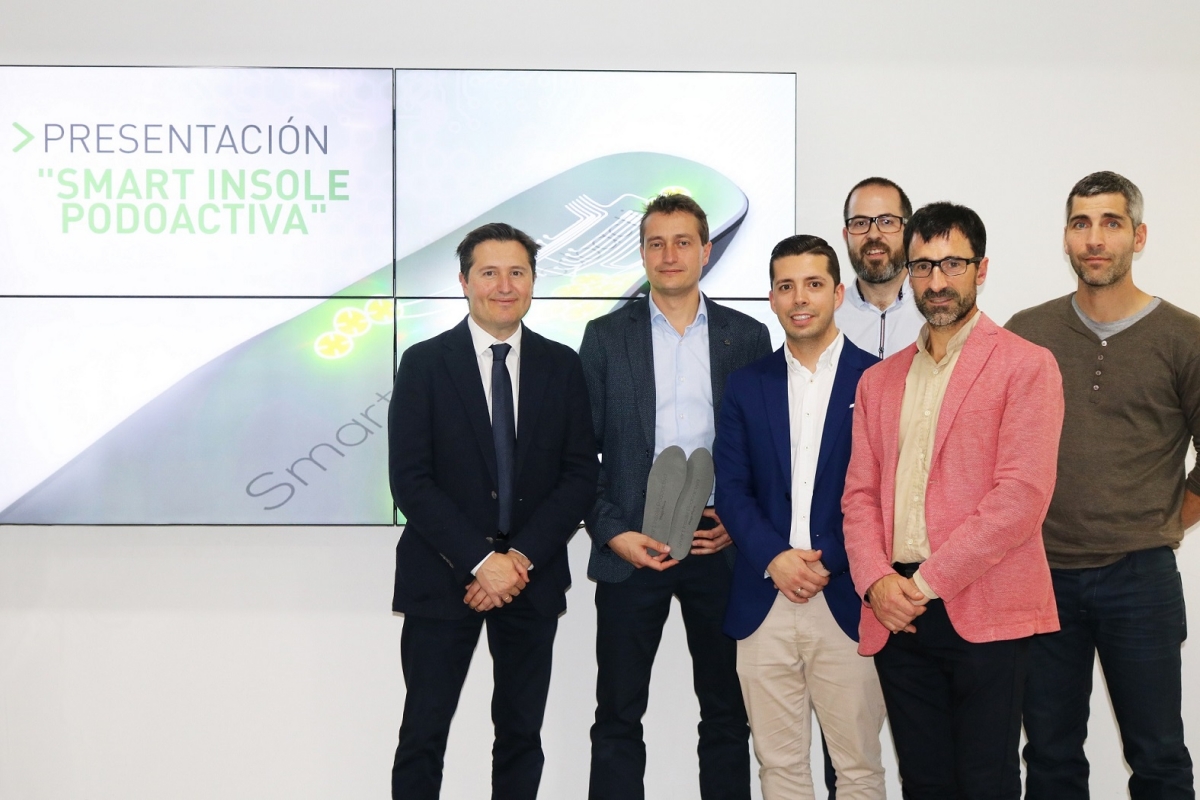 Ángel Peguero, head of engineering at Younext, explained that “the “Smart Insole Podoactiva” incorporate as technological elements different types of sensors and other elements like accelerometer and gyroscope. The project has been a great engineering challenge as it has had to manufacture a new assembly line that would allow combining the customization of all the templates with the incorporation of sensors and electronics in the manufacturing process of each insole".

Lastly, Jesús Ángel García Bragado stressed that “having all this information is extraordinary. For an athlete like me, knowing how the foot behaves while you train, while you recover and while you're at home or on the go opens up a whole new world of possibilities. I have trusted Podoactiva for years because they are capable of leading advances like this".

A new and avant-garde wearable available to anyone

The "Smart Insole Podoactiva” falls within the segment of the w, customizable technological accessories that people wear during their daily lives, but adding the value of personalizing them to each type of foot and footprint of the patient, after a complete biomechanical study in the clinic.

Like watches or fitness trackers, custom smart templates also allow measure the number of steps and physical activity performed, among several hundred other data, through the custom application designed to collect and process them.

All the features of the templates (from its design to the level of elasticity) are determined through the 3d scanner and a Study of the tread according to usual protocol and the technology patented by Podoactiva, thus determining the necessary correction factor.

In addition to the elements that make up all the Podoactiva templates, the custom smart template is made with a flexible substrate Which incorporates FSR type sensors (Force Sensor Resistor), which in turn record the pressure exerted by the foot at different points. Connected to these sensors, the insole integrates a electronic board and a battery that incorporate an IMU module (Inertial Measurement Unit), which allows you to record the template movement, and a BLE communications module (Bluetooth Low Energy) to set the connection with mobile device and send the recorded data.

Thus, aspects such as the maximum pressure at each sensor, the instant pressure (sum of all sensors), the time the foot is on the ground and in the air, maximum acceleration on the vertical axis at the moment the foot is placed on the ground or a prono-supination index, among others. In addition, the position GPS template user. 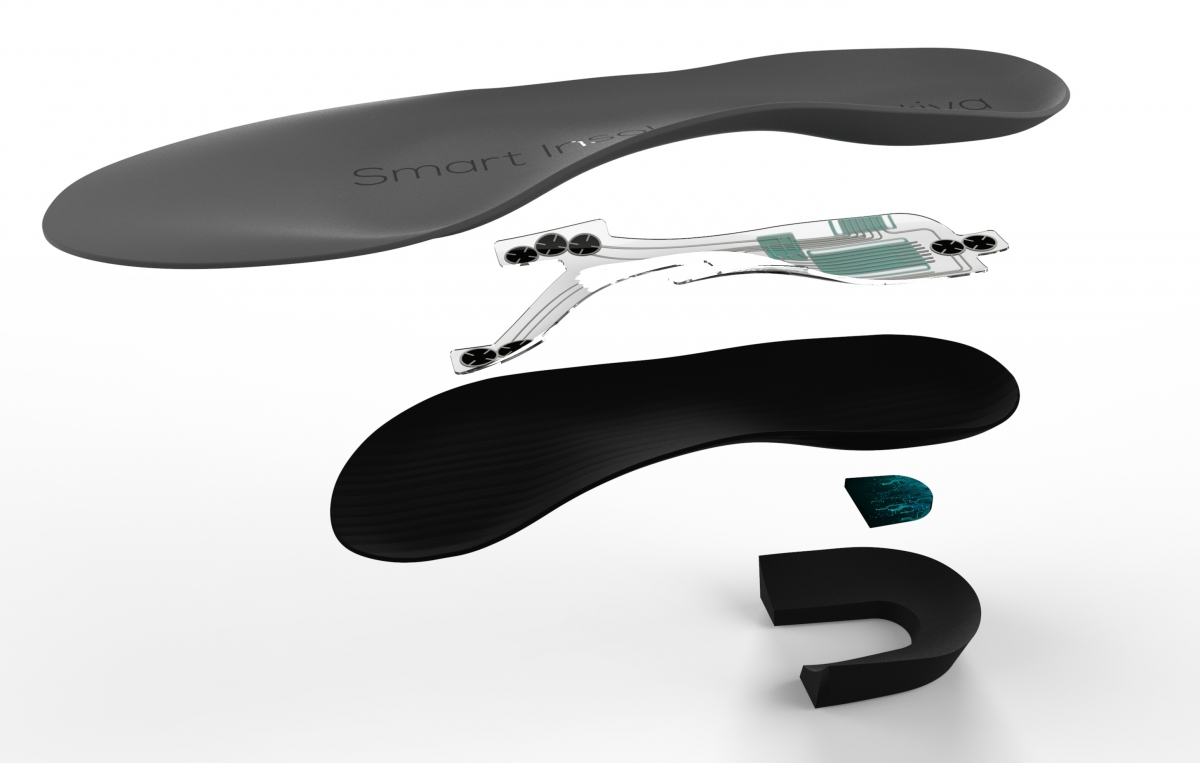 The "Smart Insole Podoactiva" project foresees the development and progressive greater capacity of the workforce, since work continues to develop new algorithms that will increase the volume of data recorded and processed. In this sense, the Insights big data of all the anonymized data of the more than 300.000 Podoactiva patients to date, together with those of the users who acquire the templates, will allow conclusions and very valuable information to be obtained.

It is, thus, a useful new health supplement both for people athletes and non-athletes of all ages. For all of them, it is not necessary to present a pathology in the foot to use the insoles and take advantage of their multiple qualities and health benefits.

The Podoactiva smart templates, which will be available to any patient in the coming months, have a particularly prominent application in five major user groups:

Podoactiva, which has developed this technology with the University of Zaragoza, positions Spain at the forefront of the world